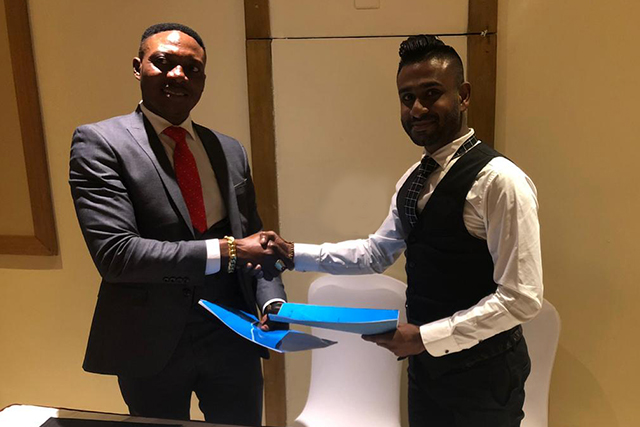 The deal that would see Living 3D bring in a foreign coach to the team and five foreign players to help the 2009 champions in their quest to win the local title again, will last for one year with a possibility of extension.

According to the company’s Executive Manager Paolo Pereira who signed the contract with Sofapaka President Elly Kalekwa in Nairobi today, the company will cater for the salaries of the foreign coach and the five foreign players being brought to the team.

He also said the partnership will see them share proceeds from future players transfers as they are keen to market the club players in Europe and Asia.

“We are excited to be in partnership with Sofapaka. I have read about the team and I’m happy to be part of them now. We are based in Singapore but do business in many countries across the world,” said Pereira.

Kalekwa said the partnership would go along way in supporting the team both financially and to market their players abroad.

He said Living 3D would supplement main sponsors Betika, saying the team had been struggling financially after Betika abruptly slashed their sponsorship from Sh50 million a year to Sh 15 million annually.

Sofapaka who finished last season third are keen to return to their glory days and have vowed to go for the local title when the new season kicks off on August 30.