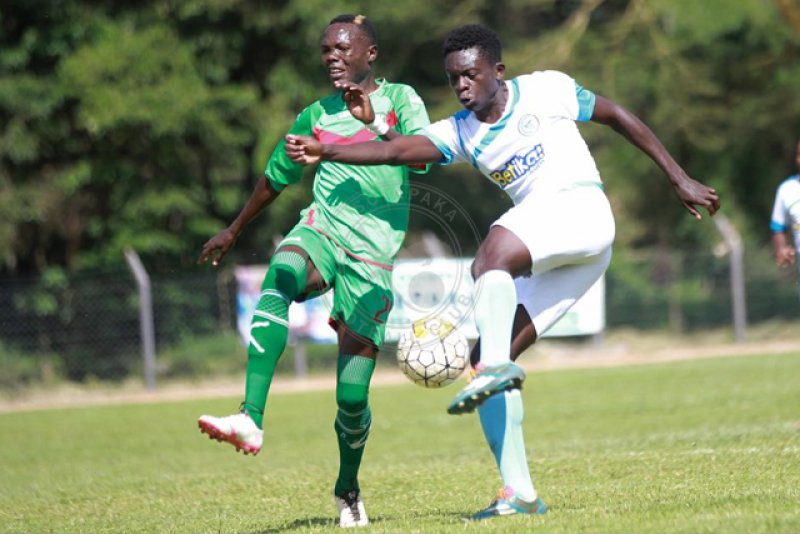 Batoto ba Mungu came from a goal down to beat Zoo FC 2-1 in  a Kenyan Premier League match played on Saturday 13th May in Narok.

In the 12th minute, Zoo went ahead through Mike Madoya who was set up by Isaac Kipyegon before Sofapaka responded through Humphrey Okoti who was picked in the area by Rogers Aloro. Steven Waruru then scored the winning goal in the 54th minute heading home a Teddy Osok cross.

Sofapaka started on a high in search of an early goal. Umaru Kasumba got a hatrick of chances in the opening five minutes but the forward couldn’t convert the chances. The first came in first minute but Danson Chetambe cleared before he could pull a trigger.

Two minutes later,  Steven Waruru set up the Ugandan but again he was denied this time by Sabiri Sindani who blocked his shot for a corner. His third chance moments later went off target.

Zoo contained the early onslaught and against the run of play, they took the lead in the 12th minute through 2017 Kenyan Premier League Most Valuable Player, Mike Madoya. The midfielder found himself unmarked inside the penalty area and he did the needful firing past Mathias Kigonya on Sofapaka goal.

The lead lasted for just six minutes as Humphrey Okoti drew the hosts level with a simple tap in from a Rogers Aloro corner kick.

Zoo showed massive improvement after the equalizer and Chetambe nearly restored their lead in the 27th minute when he pulled a trigger from the edge of the area but his shot narrowly missed the target. Misikhu did well to deny Teddy Osok gathering with well curled effort at the half hour mark .

Kasumba thought he has given Batoto Ba Mungu the lead in the 40th minute but his finish from an Osok cross was chucked off by the offside flag. The first half ended even.

Batoto Ba Mungu showed early intent to go ahead after the break. Waruru was twice denied by Zoo keeper Misikhu. He was however third time lucky in the 54th minute when he headed home from an Osok cross to give Sofapaka the lead.

Osok set up Kasumba three minutes later, but the Ugandan  was denied by superb defending from Zoo.Shortly afterwards, Kasumba wasted another chance after being set up by Kevin Kimani, the striker headed over.

Sofapaka was doing all the attacking while Zoo opted to sit back and try to hurt the hosts on the break.  Batoto Ba Mungu survived a late forward surge from Zoo to pick all the points.