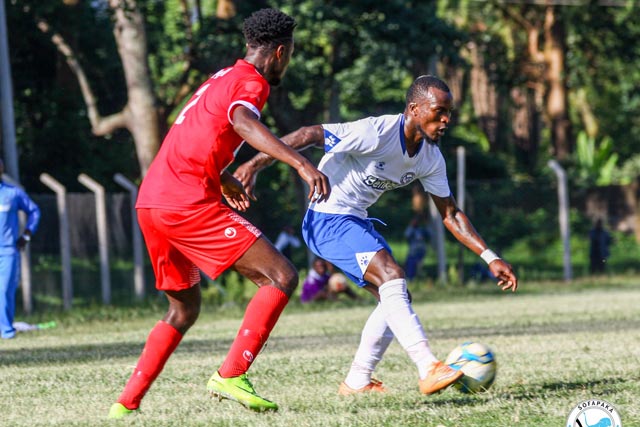 Sofapaka and Posta Rangers played out to one-all draw.

Visitors Posta Rangers kicked off the match the better side and almost scored the opener two minutes into the match. Former Sofapaka forward Timothy Otieno picked a lose ball by Nixon Omondi, but his tap-in lacked enough power for an easy clearance by David Nshimirimana

At the quarter hour mark, Sofapaka had the first chance at goal, David Otieno set through Sébastien Sunday, but the Nigerian attempt went over the bar.

At the half-hour mark, the visitors almost took the lead, but keeper Simon Masaka pulled a decent save from Otieno’s shot.

Five minutes later the mailmen took the lead through Brian Marita. The midfielder tapped in from Sammy Imbuye’s delivery.

Upon resumption, coach Odhiambo made a double change bringing on Hansel Ochieng and David Kingatua for Roy Okal and Nixon Omondi. The change added power upfront. Ochieng had his first attempt at goal but his volley went over the bar with Njua well beaten.

At the half-hour mark, Kingatua and Juma combined well but the latter failed to bury an open chance.

Against the run of play, Lawrence Juma would have sealed Rangers fate,but the captain hurried to take his shot rolling out for a goal kick