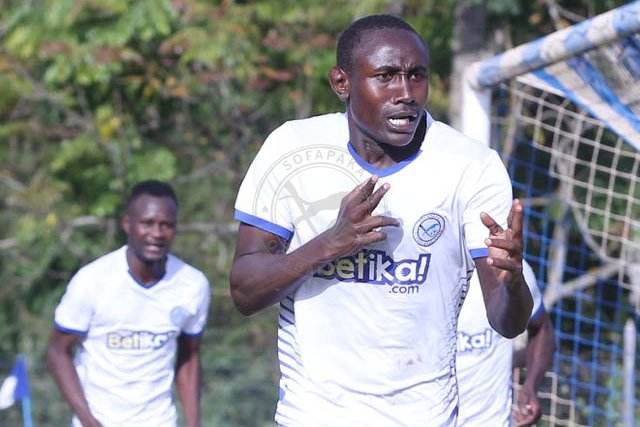 Sofapaka raided Ulinzi barracks to net the maximum points of the game, with Umaru Kasumba scored the only goal during the game at stopagge time in a Kenyan Premier League (KPL) match played at the Narok County Stadium on Sunday 5th August.

Ulinzi Stars wasted a number of big chances in their Kenyan Premier League (KPL) clash against Sofapaka before going down 0-1 at the Narok County Stadium on Sunday 5 July.

Ulinzi Stars were undone with poor finishing as Masita Masuta, Elvis Nandwa and Harun Mwale missed a couple of good chances while on the opposite side brilliant goalkeeping by Jacktone Odhiambo ensure Sofapaka forwards Stephen Waruru and Umaru Kasumba dont find the back of the net.

Though it was never a closed game as both sides played offensive football at the start and within the first 15 minutes either side should have had the ball at the back of the net. Ulinzi’s first good chance was spurned by Elvis Nandwa after getting to the end of Oliver Ruto’s corner that was poorly defended by Sofapaka.

The soldiers side almost paid the price after Sammy Mutiria spotted Odhiambo off his line and unleashed a long range shot that forced the keeper to back track and tip the ball over.

Odhiambo was on hand for two other good saves in the opening half to stop Dennis Odhiambo’s goal bound effort and another dipping shot from which he crashed his head on the post but was up after a few seconds of check up by the Ulinzi medical team.

With the win, Sofapaka remain second on the log with 43 points from 25 matches, 13 points less than table toppers Gor Mahia who have three matches at hand. Ulinzi are fifth with 38 points having played 25 matches.