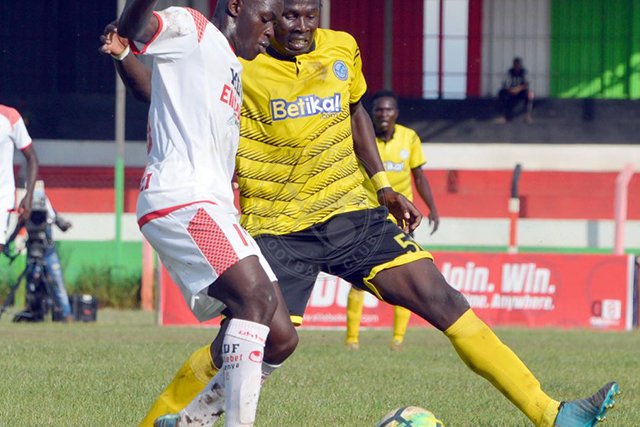 Omar Mbongi’s timid header was no big challenge for Mathias Kigonya in what was the only open chance for the home side in the first opening minutes. The encounter started on slow each side cautious not to concede an early goal. Jacktone Odhiambo picked easily a free kick into the area by Rodgers Aloro.

Umaru Kasumba’s sheer power on the ball just ensured his team had the first score in the 32nd minute. The 2017 season top scorer for Sofapaka brought the ball into the box by himself before unleashing a screamer past Odhiambo in goal.

Aswani doubled the lead for Sofapaka within two minutes from the first goal when he lifted the ball over Hassan Mohamed and fired past the goalkeeper. It is all credit to Kasumba who kept hold of the ball before dancing past three Ulinzi defenders to set Aswani free to score.

Ulinzi got their consoling goal in the 43rd minute when Sofapaka backline failed to deal with a throw-in into their area. Elvis Nandwa slotted in but Willis Ouma would have stopped the ball.

Aswani casually lost another chance that Kevin Kimani created for him in the 63rd minute. With only Odhiambo in goal, the former Nakumatt and AFC Leopards striker just sent the ball over the bar thus failing to stretch the lead out of possible reach for Ulinzi.