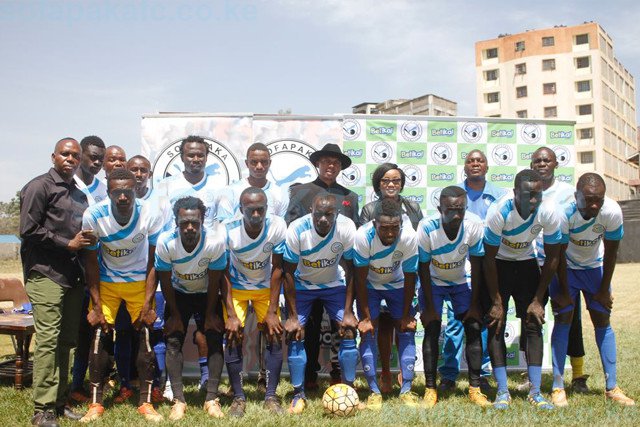 Sofapaka President Elly Kalekwa has said the club has no excuse not to win the league title going by the great signings the team made in the just concluded transfer window coupled by the motivation the management gives to players.

“There is absolutely no reason why we should not challenge for the title. Last year, the team wound up second in the league and should strive to go an extra mile to win the cup and I think that is not too much to ask, ”said Kalekwa.

The Congolese business magnate reiterated his earlier stance that he wants Sofapaka to be among the best clubs in Africa.

“We have the right players and if they can play according to the instructions of the coaches, I fail to see why we should not challenge the very best in Africa,”said Kalekwa.

Since mooting the Sofapaka monthly players’ awards last year, Kalekwa has won himself admiration from several KPL clubs who are now toying with the same idea in their quest to excel.

In a nutshell, motivation of players has been a buzz-word of Sofapaka lately, thanks to Kalekwa’s philanthropy.

In the meantime, Kalekwa has paid glowing tribute to the team’s sponsor Betika for their unswerving support but said the doors are still open to other corporate entities who want to support the team.

“Betika have been very supportive to us but that does not mean the door is closed to whoever wants to come in as co-sponsor,” said Kalekwa.  The door is open.

During the unveiling of new players in Eastleigh this week, Patricia Wachira, Marketing Manager Betika, who are Sofapaka sponsors, said the company is committed towards extending support to the team due to its exemplary performance last year.

“The great performance by the team is what has driven the company to continue supporting the team and we wish them a great season.

Team Coach Sam Ssimbwa said he expects a lot from the team which is a blend of youth and experience.