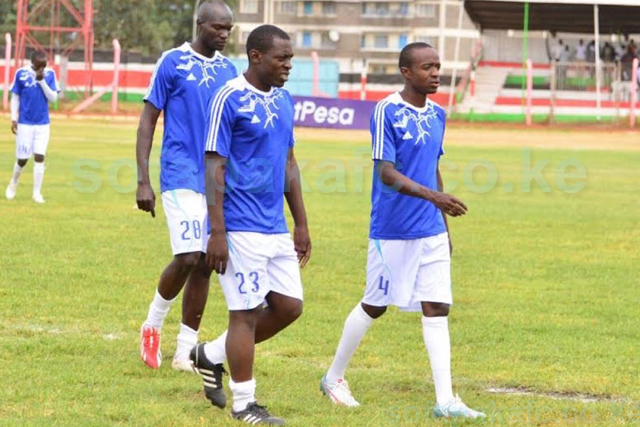 Sofapaka have conceded that the absence of injured striker Umaru Kasumba in the club’s next few games will derail his chances of bagging the Kenyan Premier League (KPL) Golden Boot Award.
The Club’s Technical Director Martin Ndagano termed Kasumba’s injury as unfortunate, saying the player was steadily in contention for the award before the unexpected occured.
“We have all been proud of Kasumba due to his great marksmanship in the league and it’s unfortunate that he will be out the game as he recuperates. He has been making scoring seem so easy and we wish him a very quick recovery,” said Ndagano.
Kasumba, a goal scoring machine ever since he landed at Sofapaka last June, sustained a shoulder injury during training early this week and was forced to depart to his native Uganda to seek treatment.
Kasumba  was in a neck-to-neck chase for the Golden Boot diadem with Nakumatt’s Kepha Aswani,  Gor Mahia duo of Jacques Tuyisenge and Meddie Kagere and Stephen Waruru of Ulinzi Stars.
Although Kasumba will be conspicuously missing in Sofapaka’s squad during Wednesday’s KPL midweek match against Mathare Uniterd, Ndagano remained optimistic that the team will rise to the occasion in their quest to get aqn honourable placing in the league.
“The players know the importance of winning and we expect a lot from them. The last time we played at Narok, we inexplicably lost 3-1 to Western Stima so this is a grand opportunity to redeem ourselves before our own fans,” said Ndagano.
Sofapaka arrived safely in Narok and have been undergoing rigorous work-outs ahead of the match against Mathare.
Apart from Kasumba, there is no other injury concern in the team, according to Head Coach Sam Ssimbwa.