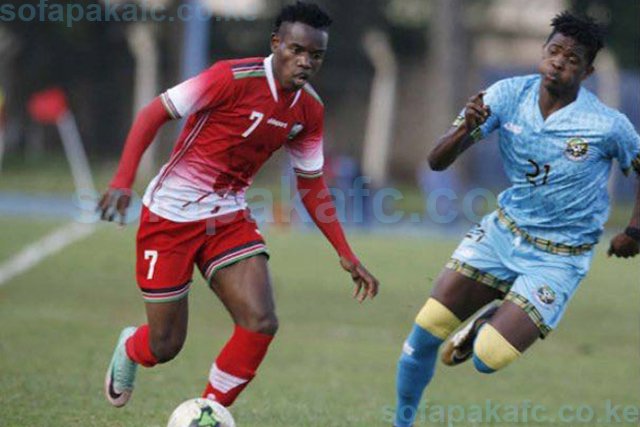 2009 KPL Champions, Sofapaka FC are self-assured of securing the services of Zanzibar midfielder Abdul Aziz Makame in the next one week, a signing that would be their last of the January transfer window.

Speaking to the club’s portal, Batoto ba Mungu Chief Executive Officer, Emmanuel Kayoyi revealed that negotiations have been ongoing between them and Jangòmbe FC, with only few details remaining before Makame becomes a Sofapaka player.

“We have been talking to the club for a while now and we are almost coming to an agreement. The talks are positive and I am certain we will land the player. He will be our final signing of the January window,” said Kayoyi.

Makame attracted interest from several Kenyan clubs following his impressive displays in the CECAFA Senior Challenge Cup where Zanzibar lost narrowly to hosts Harambee Stars on post-match penalties in the finals of the competition.

On his part, head coach Sam Ssimbwa admitted that he does not know the 21 year-old so well but has received very satisfactory comments about him.

Sofapaka have moved with speed to beef up their squad in a bid to challenge current champions Gor Mahia FC and other able clubs for the 2018 Kenyan Premier League (KPL) title.