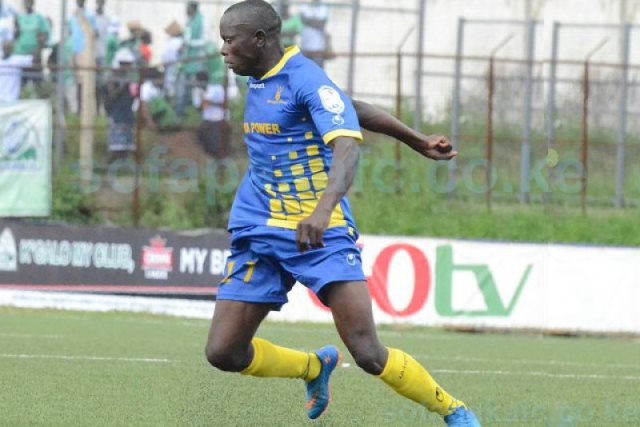 The Current No. 2 Kenyan Premier League (KPL) champions Sofapaka have kicked off their transfer activity in preparation for the 2018 campaign less than a week after the completion of the 2017 season with the acquisition of Vitalis Akumu from the relegated Western Stima on a two-year deal.

Akumu, whose contract with the Powermen ends in a month’s time, put pen to paper with the Batoto ba Mungu on Thursday 23 November as revealed by a Sofapaka source who sought anonymity.

“He has been talking to the management and today he signed a pre-contract pending the conclusion of his contract with Stima. He is a player the coaches had monitored his skills for some time and could be a key player for us next season,” the source revealed.

Both clubs could not give an official confirmation of the same but the Soka source revealed the defender who has grown well over the past two seasons came highly recommended.

Akumu was part of the Kakamega High School’s Green Commandos team that carried home the 2014 Kenya Secondary School Games national title after seeing off Kisumu Day in the final in August.

He graduated from the Stima Under 19 side the same year and cemented his place in the senior side in the 2015 season when he amassed 20 league appearances but was to miss the entire second leg of the 2016 season due to injury after only recording seven games under his belt but returned to the fold at the start of this season.

Despite going down, Stima had top quality players and it is expected they will lose a lot of them to KPL sides ahead of 2018. A number of their most consistent players are said to have started negotiations with other clubs.