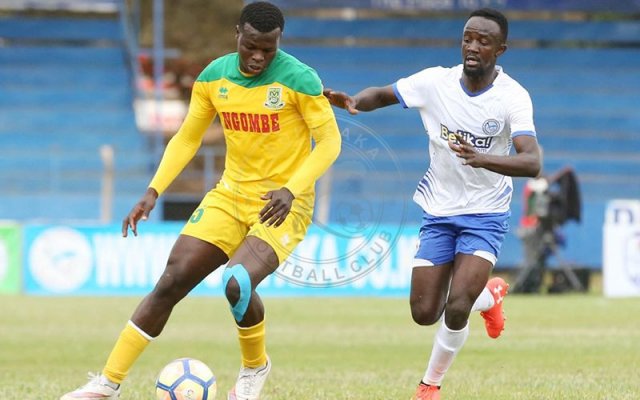 After 22 rounds of the 2018 Kenyan Premier League (KPL) played, one team hot on the heels of log leaders Gor Mahia, are optimistic that the champions will eventually slip up and allow them to catch up at the top.

Sofapaka’s 3-2 win over Mathare United another top side on Sunday 8th at the Machakos County Stadium brings them to just within sight of the champions who are currently away on CECAFA Kagame Cup duties. They, after all can boast that they have hit 40 points too. Scoring for the team’s second goal against Mathare was the Slumboys’ former Youth player Elli Asieche, a sharp take from the spot and he believes his side will lift an accolade this year.

”There are a few things that prompted my return to Sofapaka when the year began, and one of those was to come and win a trophy with the team. Secondly was growth, and fight for my place in a team with great competition, game and players,” Elli adds.

To end the season with a trophy is a dream still alive he says. Aside from keeping up the chase in the league, John Baraza’s side are into the FKF Shield round of 16 and will face former Premiership outfit Western Stima FC, this after dispatching Baba Dogo 3-0 in the round of 32.

”I haven’t played much in the shield but we have made it to the round of 16. We host Stima next , and just like we have taken previous knock-out ties, we will take it with the seriousness it deserves because at the end of the day we also want that Shield trophy,” he adds.

In 2016, Sofapaka faced their toughest moment when they were almost being relegated. They managed to turn around their fortunes and with the current crop of players mostly assembled by virtue of their top form from their previous stations, this is a bunch that further motivates Asieche. Character he says, is a key factor in the team and they win their matches because of maturity.

”There’s a high level of focus in the team. Everyone looks toward the target and motivation from the management is at a high,” he adds.

Sofapaka will travel to Awendo Green Stadium- a dicey date with SoNy Sugar fc,a side who’s on a rebuilding process.