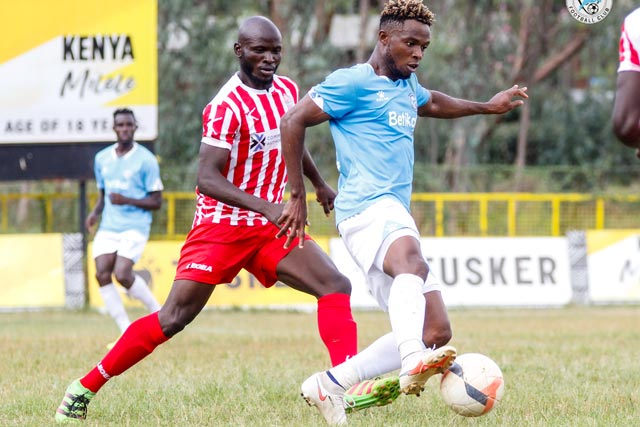 In round 24 of the FKF Premier League, Sofapaka and Talanta battled to a goalless draw.

The 2009 champions began the match as the better side, dictating the majority of the first half of action in a match held at the Ruaraka complex. Ten minutes into the match, Batoto Ba Mungu came close to getting the opener. Ambrose Sifuna set Lawrence Juma through from a quick throw in, who quickly shot on, but his attempt hit the crossbar.

At the half-hour mark, a quick short corner kick by Juma to Sébastien Sunday, the Nigerian, looped past Kevin Olang, but his effort hit the crossbar.

Five minutes before the break, Alex Imbusia collected Roy Okal’s pass on the left flank and dribbled into Talanta’s penalty area, but his final attempt hit the side net.

Five minutes into the second half, Lawrence Juma laid in an inswinger into Talanta’s defense. Alex Imbusia headed on goal, but former Sofapaka man Thomas Wainaina reacted quickly to clear the midfielder’s goal-bound attempt.
At the hour mark, second-half substitute Hansel Ochieng had a perfect chance to put Sofapaka ahead. The striker dribbled into Talanta’s defense after being set through by Ambrose Sifuna, only for his attempt to go wide.

Twenty minutes from time, another attempt on the left flank by Titus Achesa, the defender, went past his marker before delivering a nice cut-back delivery, but Thomas Wainaina was well placed to block Wilberforce Lugogo’s final attempt.

Against the run of play, David Kingatua lifted in a beautiful delivery, but Stephen Okola failed to direct his header into the back of the net with Olang Kevin already beaten as the two teams settled for a point each.