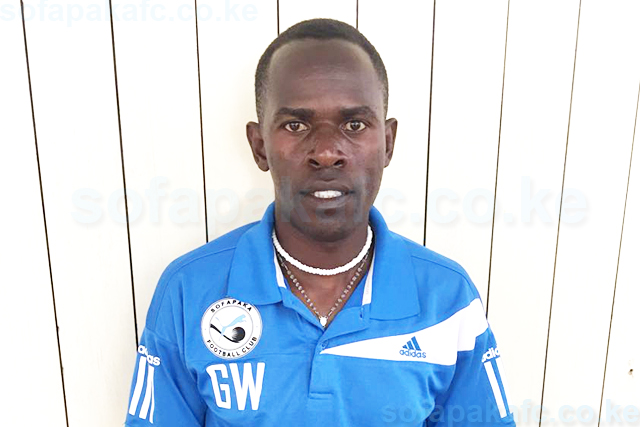 Sofapaka goalkeepers trainer George Wambugu has said the club may be spoiled for choice in picking the first choice glove-man due to the stiff competition in training.

Wambugu is currently burning the midnight oil putting Mathias Kigonya, Reuben Juma and the club’s new signing from Nairobi City Stars, Emmanuel Opiyo under intensive drills and is quick to point out that the trio is up to the task.

“For sure, the three goalkeepers have given their all in training and I must say that whoever will be considered for duties will do well. I have conducted drills including saving at tight angles and penalties and I’m totally satisfied,” said Wambugu.

Since joining Sofapaka, Ugandan-born Kigonya has been the first choice custodian of Sofapaka and it was least surprising when was nominated for the Sports Journalists of Kenya (SJAK) award last month although he did not make the cut for the accolades.

In the meantime, 22-year-old Opiyo who is one of the youngest of the three Sofapaka goalkeepers has attributed his meteoric rise to the polished coaching by Wambugu.

“Wambugu is a goalkeeping coach per excellence as I have a learned more from him. Since joining Sofapaka ranks, I keep on working hard and hopefully, I should be incorporated in the team’s starting line – up sooner rather than later,” said Opiyo.

On his part, Wambugu, a former national women team Harambee Starlets goalkeepers’ trainer, said he is glad to work with custodians who are willing to learn, adding that the sky is the limit for all of them.

“My work is made easier because all the three goalkeepers are thirsting to shine. I think the goalkeeping department is one of the best at Sofapaka as we speak,” said Wambugu.