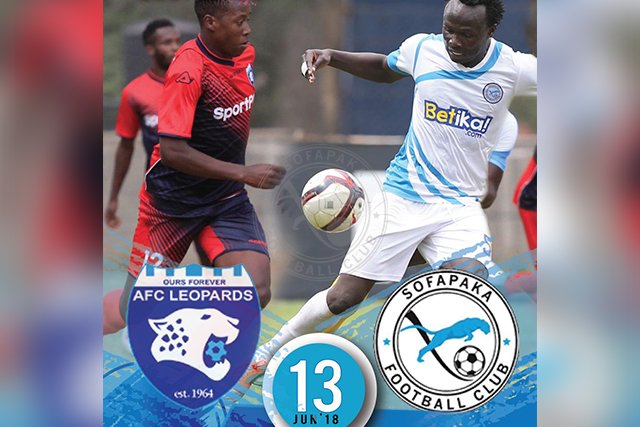 Sofapaka will tomorrow face 13-times Kenyan Premier League champions AFC Leopards in Machakos on Wednesday afternoon in a match that captain Mathew Kigonya terms as a possible title decider as they chase league leaders Gor Mahia.
Sofapaka has a better head-to-head record against Leopards, winning five and drawing once in their previous eight meetings, but Kigonya feels that they will not be looking at the impressive record against their opponents, noting that having been champions 13 times, Ingwe was not a team to be under rated.
“It’s true we have a better head-to-head record against AFC Leopards, but we cannot afford to under rate them. They have quality players and we can’t ignore the fact that they have been league champions 13 times,” said Kigonya.
He added: “Every team in the league is now dangerous and for us to maintain our title quest, we have to remain focused and ensure that we win all our remaining fixtures and lift the trophy at the end of the season.”
Coach John Baraza will be spoilt for choice upfront after the arrival of striker Pistone Mutamba who will be available for selection after returning from national duty with Harambee Stars and Ezekiel Okare who has recovered from injury. Baraza has been relying on the services of Kepha Aswani, Stephen Waruru and Umaru Kasumba who missed their last league match, a 1-0 win over Chemelil Sugar at Narok