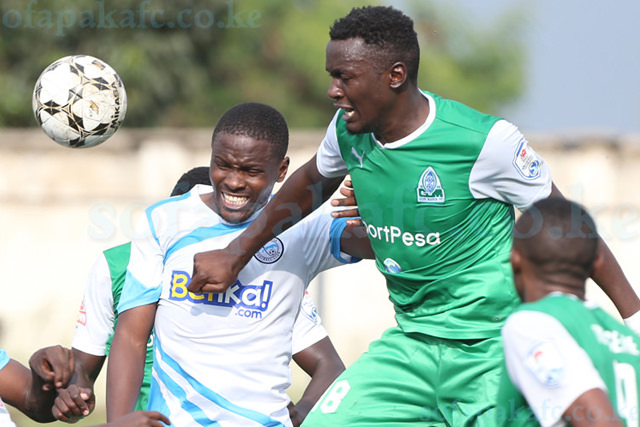 Sofapaka will have to adjust themselves accordingly on Saturday, October 14 when they visit Bandari FC at the Mbaraki Sports Grounds as they will be without two key players who are out with injuries.

The second-placed side will be lacking Bernard Mangoli and Humphrey Okoti for the important clash. According to the club, Mangoli suffered a toe injury during the game against Gor Mahia two weeks ago while Okoti is out with a groin injury.

With only losses to show in their last four matches, Bandari are hungry for a win that would put aside all their troubles. The Coastal based side has slipped out of the top ten positions and are placed 11th with 33 points.

Sofapaka on the other hand will seek motivation from their latest 2-0 win over AFC Leopards as they tackle Bandari.

After receiving Sofapaka’s player of the month for a second consecutive time, Ugandan forward Umaru Kasumba will be eyeing the league’s top scorer’s spot with a goal on Saturday. He is currently joint with Ulinzi Stars striker Stephen Waruru on eleven goals.