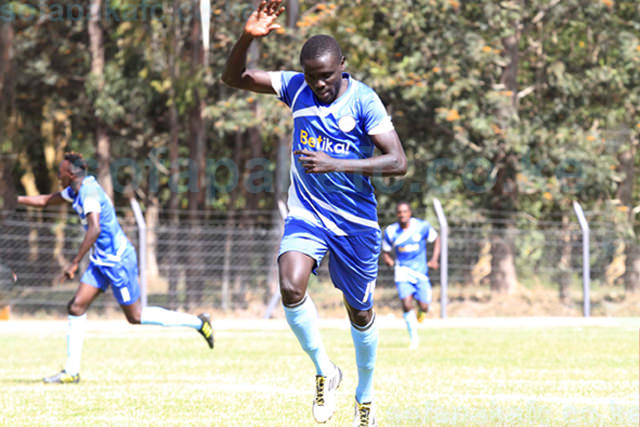 “I am happy with this win and our morale is back. We had become a laughing stock since we left Nairobi on Thursday last week. We wanted to win this game,” said Sofapaka coach Sam Ssimbwa.

Batoto ba Mungu’s 12th win of the season takes their points tally to 45, 13 ahead of Leopards who succumbed to their 11th defeat.

Feni Ali’s two goals was the difference as Sofapaka beat visiting AFC Leopards 2-0 in the SportPesa Premier League match at the Narok County Stadium on Sunday.

His opposite number Robert Matano blamed disorganisation in the team that contributed to the loss. The team had to travel on the match day for the match two hours away from Nairobi.

“Fatigue played a big role in this game. You cannot travel on the material day to Narok and expect to play so well against a team that has camped here for days,” Matano lamented.

‘I call upon the management to plan well for these boys to reduce fatigue.”

Sofapaka had a quick start with Ugandan Ali capitalising on a defensive lapse to break the deadlock in the opening minute.

Leopards’ defenders Robinson Kamura and Salim Abdallah failed to deal with a cross from Leroy Otieno, allowing an unmarked Feni to find the back of the net with a close range tap in.

In the 16th minute, Samuel Ndung’u picked out Alexis Kitenge with his cross from the left channel, the Burundian teed up Vincent Oburu, but the youngster’s attempted shot did little to trouble Mathias Kigonya in Sofapaka post.

Four minutes later, Ali, whose transfer to Leopards from Ugandan side URA FC hit a snag in June 2017, doubled the lead. Willis Ochieng’ raced down the right flank to find Feni, who unleashed a shot from 18-yard box into the far post with goalkeeper Ian Otieno left napping.

Leopards’ midfield could not string passes as their opponents seized control of the match.

Oburu flicked his header inches wide from Ndung’u’s delivery at the half hour mark. Matano immediately withdrew the off-colour Whyvonne Isuza for Kezironi Kizito as he tried to find the creativity upfront.

Four minutes to the breather, Oburu and Kitenge combined to set up Kizito, who released a pile driver from inside the area, but Kigonya palmed it away for a fruitless corner.

Both coaches came into the second half tactically aware. Ssimbwa played cautiously keeping out Leopards attacks.

Kamura’s free kick from the edge was blocked by a five man Sofapaka wall in the 83rd minute and in the final minute, Aziz Okaka was denied by the crossbar despite beating Kigonya as Ingwe fans furiously walked out.