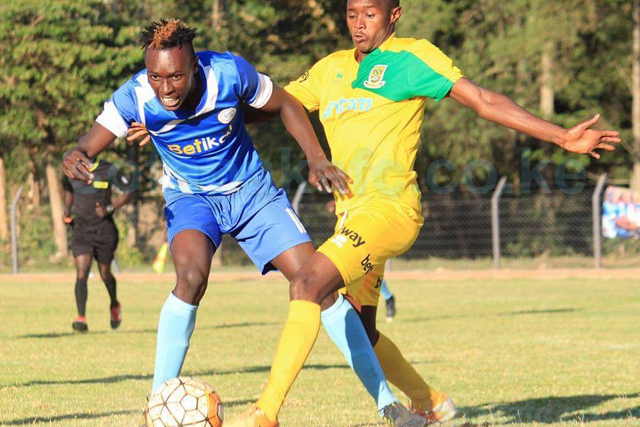 Despite dropping crucial points in a barren draw with Mathare United in a midweek clash at Narok Stadium on Wednesday, Sofapaka have refused to but the notion that their quest for a second place finish has been left in tatters.

Sofapaka Technical Director Martin Ndagano has declared that the team has not given up hope of winding up second to Gor Mahia and that they will keep the candle aglow to achieve this dream.

“It is not over yet until it’s over. We are still fighting to be placed second in the league and if we can chalk up maximum points in our remaining three matches and our closest rivals lose, we’ll achieve what we want,” said Ndagano.

Although the latest result was not what they expected, Ndagano categorically pointed out that the general performance of the team in the Narok match was far from disappointing.

“The good thing is that we’ve been creating chances and if the strikers can go an extra mile by being a little bit keen upfront, it will be the best thing to have happened at our camp,” offered Ndagano.

He gave an example of Ezekiel Okare and Edmond “Dante” Kwanya who constantly troubled Mathare United defence despite Sofapaka missing their lethal goal-poacher Umaru Kasumba who is nursing an injury.

“The game in Narok was a cliff-hanger of sorts but our team produced a splendid performance and in fact, Okare and Kwanya were unfortunate not to find the back of the net. Our team needs to remain focused because there is still room for improvement going forward,” explained Ndagano.