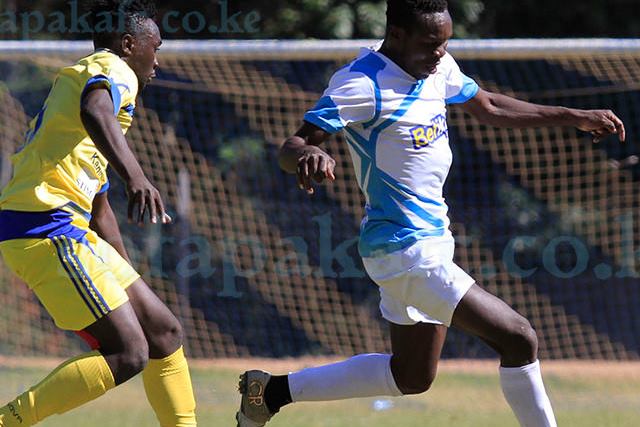 Sofapaka are still training their sights on a second place finish in the Kenyan Premier League (KPL) despite seemingly having their work cut out in a midweek clash against Mathare United at the Narok sub county stadium on Wednesday.

Speaking soon after Sofapaka’s morning workouts at the Eastleigh High School ground yesterday, the team’s Technical Director Martin Ndagano said a runner-up slot is possible only what is required is hard work and dedication by the players.

“Of late, the playing unit has shown great character and the technical bench has played its part by working around the clock to ensure that the team winds up in the upper echelons of the league. To achieve our goals, all the players need to keep on working hard,” said Ndagano.

He added:”We will be playing at home against Mathare Unuted and obviously,  this will give us an advantage and more so the invaluable inspiration to grind up the desired result.

As for Mathare United who lost 2-1 to Sofapaka in the first leg encounter on April 2, revenge will be a motivating factor for them and especially this time when they are vouching to evade relegation.

However, a cross-section of Sofapaka players have boldly declared that they will fight to the last man standing in the team’s quest to secure maximum points at the expense of Francis Kimanzi-coached Mathare.

Eccentric defensive midfielder Maurice Odipo said although they expect a difficult match, chances of bagging all the three points are all there.

“We are fully focused and can barely afford to put our feet off the gas pedal. We may not have won the league title but a second place finish is equally good and that is what we are going for,” said Odipo, one of the highly disciplined and longest-serving players in the Batoto ba Mungu squad.

Free-scoring Ugandan forward Umaru Kasumba was equally upbeat ahead of the Mathare match, saying he can’t wait to add on his goal tally in pursuit of the Golden Boot Award.

“I have been paying special attention of scoring more goals not only to help Sofapaka secure the runners-up slot, but also to enable me bag the ultimate top marksman award,” said Kasumba.

Kasumba has for two times in a trot been declared Sofapaka’s best player and top scorer and for this reason, Mathare United have every reason to be afraid of him when the two teams come face to face in Narok.