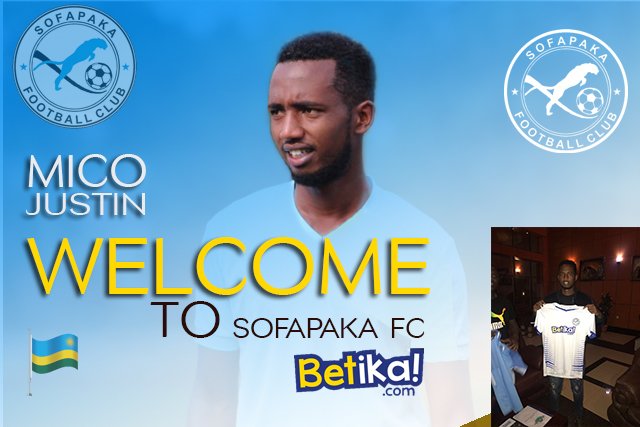 League champions Sofapaka have completed the signing of highly rated Rwanda international Mico Justin Wakiniraga from Rwandese league giants Police.
Mico who is an attacking midfielder become the third player to be signed by Sofapaka in the on going transfer window and he penned a three-year contract at the club’s offices in Nairobi today.
The 24-year-old player can also be used as a striker as he twin striked with Jacques Tuyisenge to help Police lift the 2016 Rwandese league title. Tuyisenge currently plies his trade for Kenya league champions Gor Mahia.
Mico will have to fight for a starting place against Bernard Mang’oli, Elly Asieche, Ibrahim Kitawi and Timothy Luda.