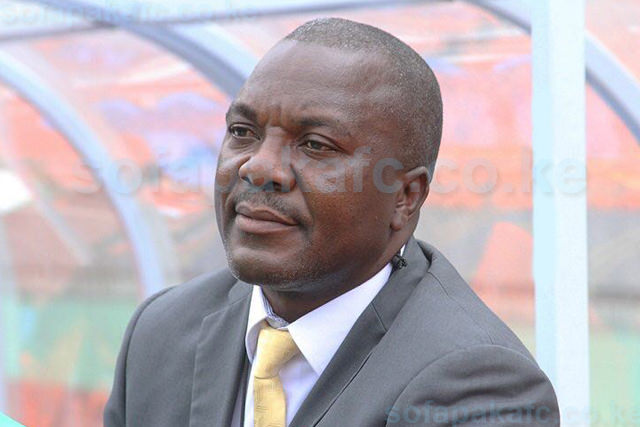 Sofapaka Ugandan tactician Sam Ssimbwa has won his first accolade since coming to Kenya after he bagged the Kenyan Premier League (KPL) Coach of the Month of August 2017.

Ssimbwa was honored yesterday by the Sports Journalists Association of Kenya (SJAK) due to his exploits with Batoto Ba Mungu who are lying second in the KPL and are battling table-toppers Gor Mahia for the title.

Ssimbwa, 50, achieved the feat with a total of 18 votes as compared to six that was polled by Kerr.

During the month of August, Ssimbwa was steadfast in throwing down the gauntlet as Sofapaka dispatched Thika United, Nakumatt, Muhoroni Youth and Nzoia Sugar before sharing the spoils with Posta Rangers.

The same month, a rejuvenated Sofapaka plundered a total of fifteen goals and conceded only six.

Curiously, Ssimbwa who is deputized by John Baraza has emulated former Western Stima gaffer Henry Omino, who has since been designated as the team’s Technical Director, who won the June/July away and in the process pocketed KSh 75,000.

Soon after the award, an elated Ssimbwa said the honour would not have been possible were it not for the unswerving support BY fellow technical bench officials and players.

“Obviously, such awards cannot be achieved single-handedly and I want to take this opportunity to thank my players, officials and backroom staff. Honestly, we were on top of our game in August and I wish to categorically say that I will not rest on my laurels and will work towards winning more awards,’’said Ssimbwa.