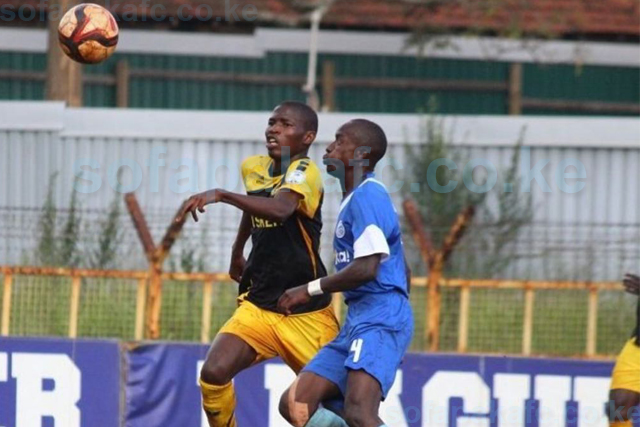 “We have surpassed many targets this season and therefore no matter which position Sofapaka FC finishes in the 2017 Kenyan Premier League (KPL) season, we are grateful”, said Sofapaka assistant coach John Baraza.

“During the 2016 KPL season, we were almost being relegated and now we are in top five, that’s a big improvement” he added.

Baraza acknowledges they are not done yet this season as they angle for second spot, but said the change of fortunes this year has been as a result of hard work from his players and gave the technical bench and the club management a pat on the back too for a job well done.

Baraza was in charge of the team when they downed Tusker FC in their second last match of the KPL action season at the Ruaraka Stadium, in place of head coach Ssimbwa who had travelled home to his country Uganda on compassionate leave.

“Last season was a very difficult one and we really struggled, but this season has been a different story. We have done our best in every game and I think we have exceeded expectations, thanks to the players, technical bench and the team management. And with everyone putting their best foot forward that’s the major reason why we have performed so well.

“As shown in our game against Tusker, the boys have been ready in every game this season and the result is there for all to see. We are not done yet this season but we believe we can finish in the second position  with God’s help. Ours now is to win our next game and have the number two,” Baraza said.

The team will finish their 2017 campaign with a game against Zoo Kericho who are still in the relegation battle.