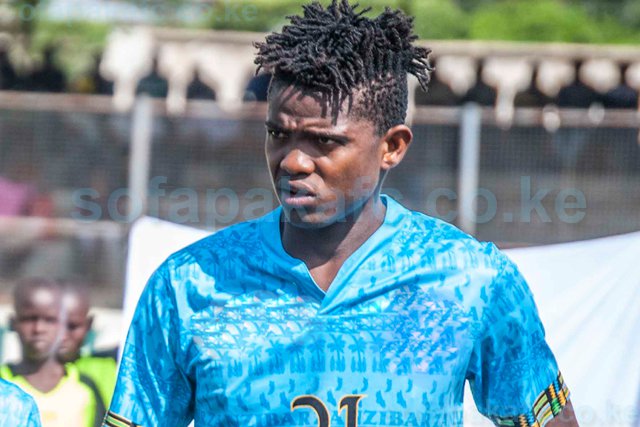 NAIROBI, Kenya, Jan 11- Former Kenyan Premier League champions Sofapaka will complete the signing of Zanzibar midfielder Abdul Aziz Makame in the next one week with the clubs already having agreed terms.

Batoto ba Mungu Chief Executive Officer, Emmanuel Kayoyi has revealed to Sofapaka Portal that only a few details of the transfer remain to be completed but the Jang’ombe FC player will don the blue and white of Sofapaka in the coming season.

“We have been talking to the club for a while now and we are almost coming to an agreement. The talks are positive and I am certain we will land the player. He will be our final signing of the January window,” Kayoyi said on Thursday.

Head coach Sam Ssimbwa also acknowledges he has been informed of the pending arrival of the 21-year old, though he admits he doesn’t know much about him.

Makame mesmerized during the recently concluding CECAFA Senior Challenge Cup where he played a starring role in Zanzibar’s run to the final, where they lost 3-1 on post-match penalties to Kenya’s Harambee Stars. He was however injured after 21 minutes of the final.

Several KPL clubs were said to be trailing his services with Gor Mahia having expressed a concrete desire to land his services, but were slowed down by the lack of opportunity within their foreign player quota. AFC Leopards had also shown interest.

Sofapaka, the 2009 league champions have already snapped up one outstanding player from the CECAFA Senior Challenge Cup, having tied down Burundian centre back Mousa Omar to a two-year contract.

“It is a good team, but I can’t say it is the strongest. The one I had in 2010/2011 was one of the best. In this one, we only have one national team player. In 2010 we had up to nine players. But we are working during the pre-season to gel and hopefully we can compete,” head coach Ssimbwa said.

Batoto ba Mungu kicks-off their 2018 KPL campaign at home against Bandari FC on February 4 at the Kenyatta Stadium in Machakos.