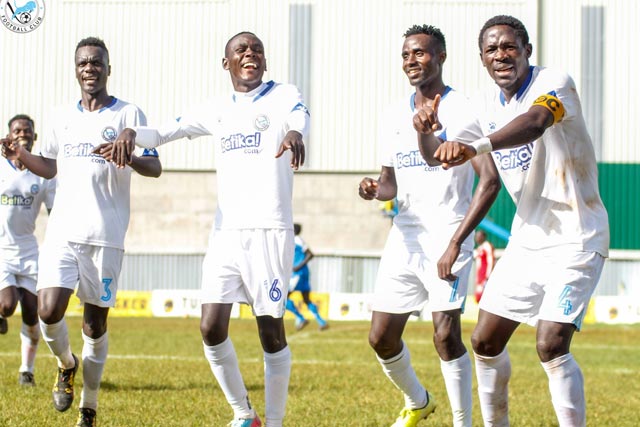 Goals from Lawrence Juma and Titus Achesa in the final half earned coach David Ouma his first win after four games in charge.

The match kicked off with end-to-end action from both sides with the intention of scoring the opener, but nothing was to be seen after a quarter hour of play.

Five minutes into the game, Sofapaka had their first attempt on goal through Rody Manga from a Titus Achesa delivery, but Sven Yidah did well to intercept the attack and return to play.

At the half-hour mark, Ezekiel Odera bounced on a lost ball by Stephen Okola, but his shot lacked enough power to go straight into Fredrick Odhiambo’s arm.

Five minutes before the break, captain Lawrence Juma had a chance to give Batoto Ba Mungu the lead, but the midfielder hurriedly shot on goal, going inches wide as the two teams went into the break level.

Coach David Ouma made three changes, bringing on Alex Imbusia, Geoffrey Ojunga, and Joe Waithera. Three minutes into the second half, Titus Achesa earned Sofapaka a penalty after being brought down in the penalty area. Lawrence Juma made no mistakes, converting from the spot to give Sofapaka the lead.

Five minutes later, City Stars almost leveled the score through Calvin Masawa, but David Otieno reacted well, putting his body on the line and sending the ball back to play.

At the stroke of the hour mark, Titus Achesa doubled Sofapaka’s lead, connecting off Alex Imbusia’s perfect cut back delivery.

Twenty minutes from time, Joe Waithira had a perfect chance to net the third goal of the game, but the striker failed to properly shoot on goal for an easier pick for Osano Job.

Against the run of play, another chance went begging. Substitute Ambrose Sifuna lifted a volley into the City Stars defense to Nixon Omondi, who connected, but his header lacked enough power for an easy clearence by Lennox Ogutu as Sofapaka held on for a massive win and their second of the year.