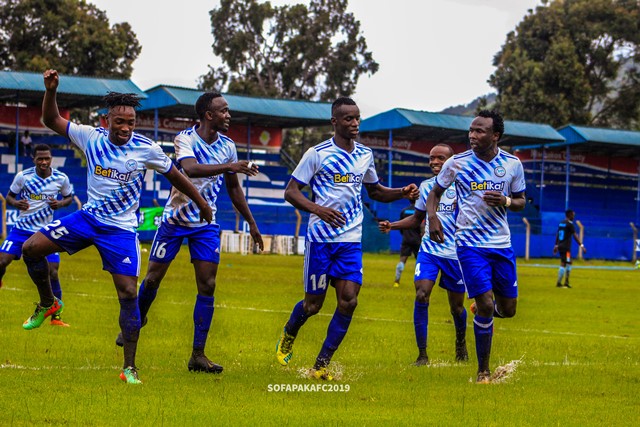 Early Goal
A strong start almost resulted to an early opener in the fourth minute but Aswani’s goal bound effort missed narrowly. Three mintues later on rushing Elli Asieche would be brought down by All Stars defender leading to a penalty award, Asieche stepped up converting from the spot for an early lead.

Equalizer
In the 35th minute All Stars forward Dismus Amunga was brought down by Faina Jacobs in the penalty area,the visitors would then be awarded a penalty. Wesley Kemboi’s first attempt from the spot was saved by keeper Richard Aimo only for the veteran to draw leveller tapping in on the lose ball.

Aswani’s beauty
A relative balanced and tensed final half would witness lots of attacks from both sides but none could count and with twenty minutes of play left , a quick counter attack involving Asieche and Imbuye ensued with the latter setting Aswani through on goal and he did not disappoint scoring a beauty to restore the lead.

Asieche would have made it three but missed from the spot with his attempt hitting the woodwork. Sofapaka now sits sixth on the log on 21 points.