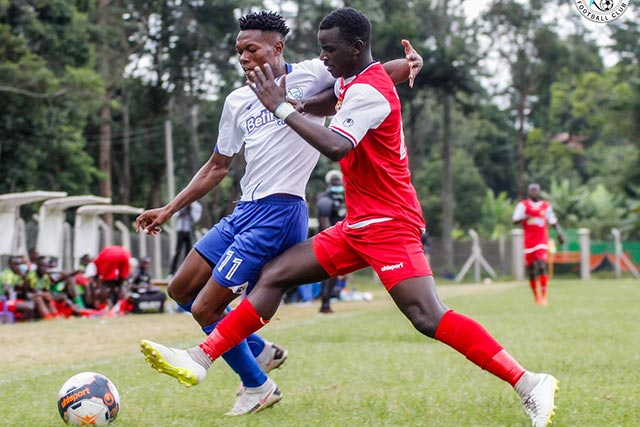 Sofapaka and Police battled out to a barren draw in round 17 of the FKF Premier League fixture.

In a highly contested encounter, Sofapaka kicked off proceedings on the brighter side with the intention of getting an early lead. Ten minutes into the encounter, Lawrence Juma came close to scoring the opener but his quick attempt on goal missed the target with Juma well beaten.

Eight minutes on, Lawrence Juma and Joe Waithera linked up well into the Police defense but the latter’s goal-bound volley got deflected by Eric Juma for safety.

On the half hour mark, the police had their first threat on goal through Elvis Rupia, but David Nshimirimana reacted too quickly to clear out the danger.

Five minutes from time, Sofapaka came close yet again through Lawrence Juma and Joe Waithera. The captain laid through Waithera but the striker failed to tap in past Juma, who easily picked up the lost ball.

On resumption, coach Ken Odhiambo made a triple change, bringing Ambrose Sifuna, Said Tsuma and Alex Imbusia for Geoffrey Ojunga, Sébastien Sunday and Brandon Otieno. The change brought change upfront with a more push for goal. Nine minutes into the second leg, Ambrose Sifuna picked Lawrence Juma with a low pass, the captain beat Harun Shakava off the ball to set Joe Waithira through at goal, but Waithira failed to score past Juma.

Five minutes before the hour mark, substitute Joe Imbusia made a decent cut back delivery to Alex Imbusia. The striker’s shot troubled the custodian but Harun Shakava reacted to clear out the danger.

At the hour mark, keeper Kevin Omondi made a decent save to deny Francis Kahata the opener.

Twenty minutes from time, Ambrose Sifuna and Roy Okal made a decent combination into the penalty area. Sifuna made a cut back to Said Tsuma. The midfielder’s connection missed the target, going out wide.

Against the run of play, a last minute push on goal by Hansel Ochieng almost broke the deadlock but Erick Juma made a swift reaction to cancel out his goal-bound volley as the two teams settled for a point each