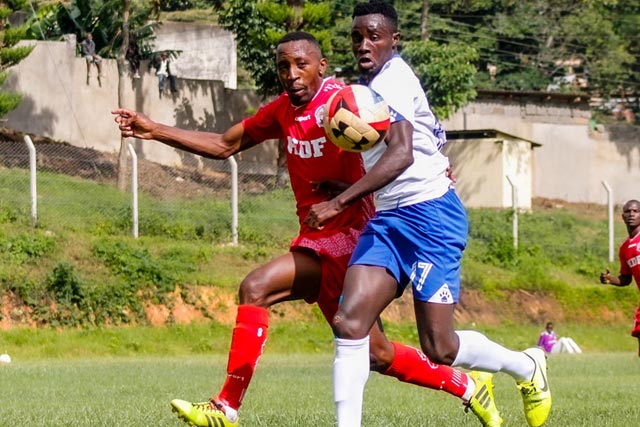 Ulinzi Stars beat Sofapaka 2-0 in the FKF Betway Cup round 32 knockout tournament in a match staged at Wundanyi.

Both teams started brightly with the intent to make an early statement but it was the visitors who took the lead through Njuguna John with six minutes into play.

The soldiers were forced to make an early change into the match, Njuguna the goal scorer got stretched off for Oscar Wamalwa.
Three minutes to halftime, the visitors doubled their lead through substitute Wamalwa. The striker connected well to a Harun Mwale’s delivery.

Upon resumption, coach Odhiambo made quick changes, Joe Waithira and Roy Okal paved the way for Brian Magonya and Nixon Omondi. The changes punched life into our attack but the soldiers kept dirty at the back to win the match.

The results mean we bow out of the tournament.