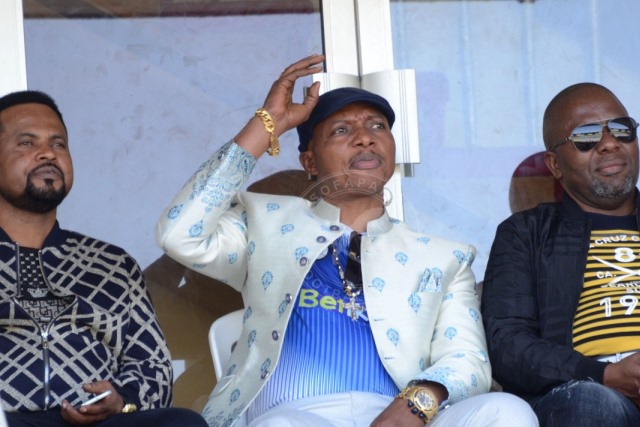 Sofapaka president Elly Kalekwa has explained the reasons why players in his team have gone for two months with salary.
Kalekwa said it was not true that the players had not been paid any salary this year, but admitted that they had an arrears of two months which he was working on settling as the season nears it’s climax.
Kalekwa who formed the team in 2003 and has toiled with it’s management to date, blamed the tough times on a breached contract by the team’s jersey sponsor Betika, whom he signed a sponsorship deal
with in 2017 that was to see the team get Sh50 million from the betting firm each year for three years. That is no longer the case at the moment.
“The situation is tough that I can admit. We have not paid our players for two months and that has been caused by the unexpected slashing of our sponsorship deal with Betika who reduced the package from Sh50 million in a year to Sh15m annually due to the new tax requirements for betting companies,” Kalekwa said.
He added: “Corporate companies should come out and support football teams, that is the only way the industry can grow and become vibrant, most of this corporate have that budget, but unfortunately they shy away.”
Betika’s Manager of Betting Services Kennedy Ochieng confirmed the latest developments, saying the introduced betting tax, forced them to re-asses their sponsorship deal with Sofapaka.
“ The tax is now at 15 per cent on the gaming companies and 20 per cent withholding tax on every gaming win. This informed our decision to cut our sponsorship deal with Sofapaka from Sh50m a year to Sh15 million,” Ochieng said.
Kalekwa said the Sh15 million currently being given to the team by the jersey sponsor was not enough to run the team that has a monthly budget of more than Sh 4 million that carters for team transport every
week, match allowances, accommodations, training pitch hiring, administrative costs and salaries, hence the reason of delayed salaries.
League organisers Kenyan Premier League give all the 18 top flight teams monthly grants of Sh 280, 000 per month which is a drop in the ocean looking at the monthly expenses of the teams.
Meanwhile, Kalekwa clarified that defender Soter Kayumba was at AFC Leopards on loan and that he had had not left the 2009 champions on a free transfer after not being paid salary for three months.
“Kayumba is still our player and currently on loan to AFC Leopards. By the team we released him to join Leopards on loan, we only had his salary arrears for a single month which he will get soon, so he has
not left on free transfer,” Kalekwa said.