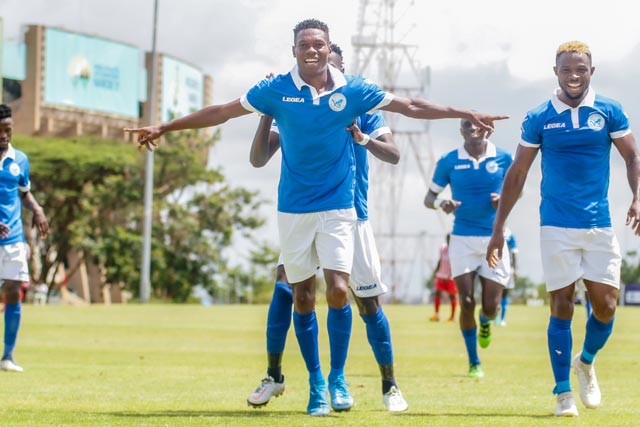 Sofapaka registered its first win of the season in a 1-0 win over Talanta.

In the opening stages of the first half, Sofapaka had the first call on goal through Roddy Manga. Titus Achesa and Lucky Musyoki combined well on goal before the latter set Roddy Manga, but the striker narrowly missed from close range.

At the quarter-hour mark, Ambrose Sifuna almost broke the deadlock, but Talanta needed was well in time to keep his well-executed volley out of danger.

Ten minutes later, after constant attempts on the Talanta goal, Ambrose Sifuna scored the opener. The midfielder collected Brian Wepo’s ball before shooting a long-range volley that troubled the Talanta keeper to give Sofapaka the lead.

At the half-hour mark, Lucky Musyoki came close to doubling our lead. A perfectly taken free kick almost beat the Talanta keeper, but the custodian reacted in time to deny Musyoki.

At the stroke of halftime, Sébastien Sunday and Brian Wepo had a good link up on the right flank, with the latter finding Samuel Olwande, but the defender’s header went inches wide.

On resumption, the visitors came back lively and almost leveled the scores through Dennis Oalo. The striker dribbled past Wepo, but Kevin Omondi acted in time to clear out the danger.

At the hour mark, Nixon Omondi and Roddy Manga had a good combination. Omondi laid a perfect through pass to Roy Okal, but the midfielder’s header went wide.

Twenty minutes from time, Ambrose Sifuna had a good chance to double his tally of the day, but hurriedly took his shot, seeing his effort go out.

Against the run of play, Talanta pushed numbers upfront in a bid to snatch an equalizer, but a well-established defense ensured we collected our first maximum points.