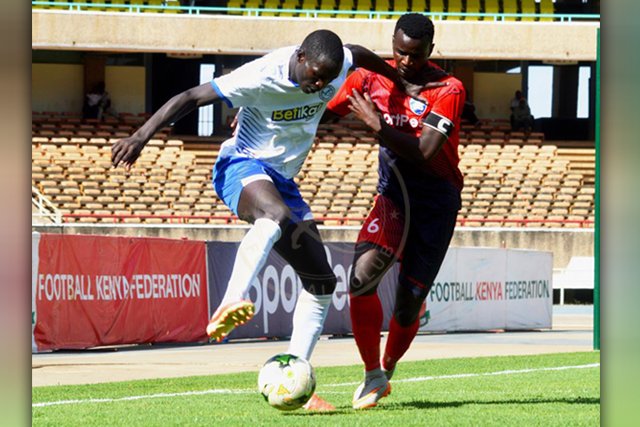 Sofapaka will now face Kariobangi Sharks in the finals to be held later.

Sofapaka had the better share of the opening half with experienced Kevin Kimani being instrumental but could not see Batoto Ba Mungu hit the target in the first stanza.

The John Baraza led side got an opportunity five minutes into kick-off but Umar Kasumba squandered the opportunity, blazing over his set-piece at the edge of the box after he was hacked down by AFC Leopards skipper Duncan Otieno.

Kasumba wasted another chance five minutes to half time when winger Kimani set him up only for the Ugandan to helplessly see his effort go wide.

In the 52nd minute, Stephen Waruru narrowly missed the top corner after Mutamba was hacked down by Abdalla Hassan for the free-kick to be awarded to Sofapaka.

Asieche, who replaced Pistone Mutamba in the 65th minute netted Sofapaka’s winner that sent them to the final for the first time since 2014 when they beat Posta Rangers 2-1 to lift the title.