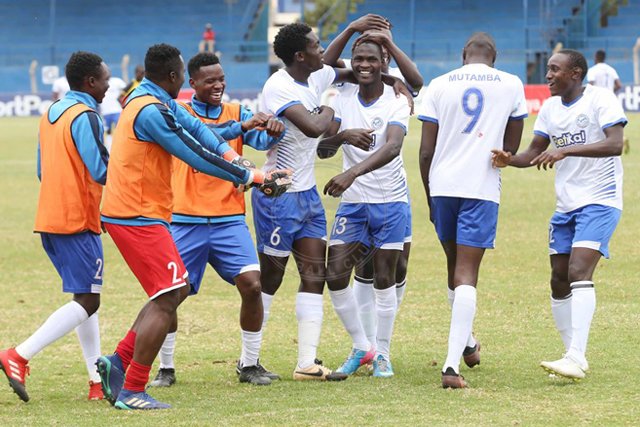 Sofapaka rallied from behind to beat Tusker 2-1 earning a slot into the semi’s of the Shield Cup during the match staged at the Kenyatta Stadium, Machakos on Sunday 2nd September.

Jackson Macharia handed Tusker an early lead after a give and take pass between Macharia and Muchiri in the 5th minute.

Before Tusker could settle down, Sofapaka restored equalized two minutes later from a set piece by Kevin Kimani to Umaru Kasumba to headed the ball into the open net. Matasi failed to punch the ball when he rushed off his line. The game was definitely onto an electric start and the fast paced action that threatened a flurry of goals, the kind which was witnessed when the two teams met in the first in an encounter that ended 5-4 in favor of Sofapaka fizzled out. Chances were far and wide between the two teams as they went into the second half locked at 1-1.

John Baraza took a chance at half time by substituting Teddy Osok who had a torrid first half with Brian Magonya. And then Pistone Mutamba giving way for Ezekiel Okare.

Baraza’s move paid dividends in the 70th minute when Michael Oduor floated in a brilliant cross to substitute Okare who headed in the second and final goal of the game. Sofapaka held on for the win as the move to semi finals of the Shield