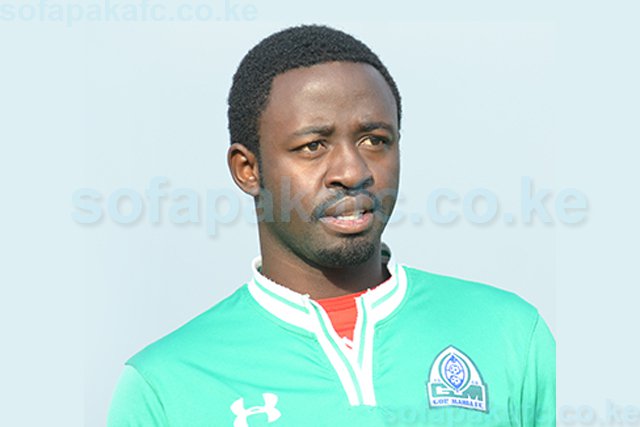 Sofapaka  new defence kingpin Jackson Saleh has put strikers on notice  after penning as two-year deal with Batoto Ba Mungu.
Saleh, one of the most experienced players and who has previously played for Gor Mahia, AFC Leopards and Nakumatt, said joining Sofapaka marked a turning point in his football career.
“Sofapaka is a big club and has a reputation to protect as the 2009 champions. I’m here at Batoto B Mungu’s camp for a good course which include forming one of the most water-tight defence lines in the KPL.
Added Saleh : “Nafikiri tutatoboa (I think we’ll make it), The squad is a blend of youth and experience and it is just a matter of working hard to realize our dreams” said the 27-year-old who has had five caps with national team Harambee Stars.
The former Harambee Stars defender now joins the likes of Jonathan Mugabi and Humphrey Okoti in Sofapaka defence line that was the meanest in the 2017 KPL after letting in only 31 goals.