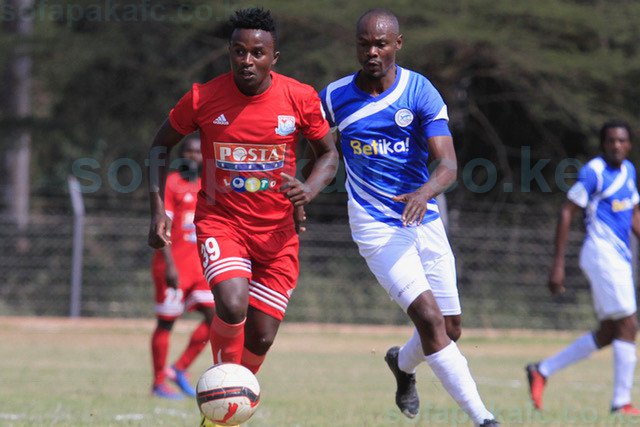 For the umpteenth time, Sofapaka have laid bare their intentions of remaining consistent in the Kenyan Premier League (KPL) after their 2-1 win over AFC Leopards last Wednesday.

Sofapaka have in no uncertain terms intimated that their next victims would be Posta Rangers who they shall meet this Sunday in the first match of a double-header at Kenyatta Stadium in Machakos county.

Batoto Ba Mungu’s Head Coach Sam Ssimbwa said there will be no let-up in the team’s quest to return where it belongs especially after they endured a lot of brouhaha from several quarters following a spate of indifferent results.

“Of course, some of our matches have not gone according to script but of late you would have noticed that our players are increasingly gelling. Overall, I think we are on the right track and we hope to continue from where we left,” said Ssimbwa.

“There are times when you may go through a rough patch but as I have always said, there is always room for improvement. If you look at how we played against Leopards, there was a sense of cohesion in the playing unit and this is what I want to be replicated in the game against Posta Rangers,”quipped Ssimbwa.

Maurice Odipo, one of the team’s senior players stated:” We apologize to our fans following the downfall against Mathare and having beaten Leopards, I want to believe that we shall continue winning subsequent matches beginning with the game against Posta Rangers.”

Added Odipo:”We are looking in the bigger picture of keeping Sofapaka amongst the front-liners in the league and we must work extremely hard to achieve that,”

Batoto Ba Mungu are expected to show no mercy to Posta Rangers who plucked four points out of a possible six from them during the two teams meeting last season.

The first leg between the two ended in a 1-1 stalemate before Rangers prevailed 1-0 in the second and now, Ssimbwa whose pressure has been eased after his charges dispatched Ingwe has his work cut out in a bid to cut the mailmen down to size.

And by and large, the match will test the character of Sofapaka players as to whether they can overcome the battle-hardened nature of Rangers and especially that of players like Danson Kago, Titus Achesa and John Nairuka.

Having said that, Sofapaka also have their resourceful players to rely on in the high-profile game among them Umaru Kasumba, Ezekiel Okare, Hillary Echesa, Stephen Waruru and Maurice Odipo.