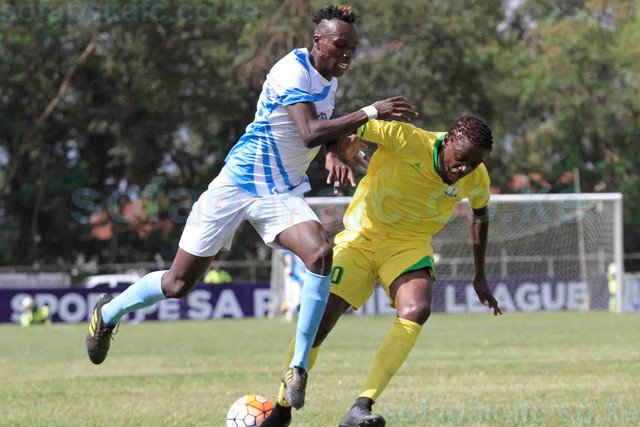 Once bitten twice shy is an idiom which aptly befits Sofapaka who will be seeking for an improved performance in their second match of the 2018 Kenyan Premier League (KPL) against Kakamega Homeboyz at the Mumias Complex on Saturday, February 10.

After their inexplicable 3-0 defeat by Bandari in Narok last weekend, Sofapaka have declared that they will be leaving no stone un-turned to restore the confidence of their fans.

“We lost to Bandari because the team had not gelled but prepare to see a a vastly improved Sofapaka side against Kakamega Homeboyz,” said Batoto Ba Mungu Head Coach Sam Ssimbwa.

The Ugandan tactician said the team’s main Achilles Heel was failure to gel, adding that this is an area he has been working on for the better part of this week during training.

“We have good players and from the way I see, they are gradually gelling and you should expect a descent score-line against Bandari. Mistakes are always there but the worst one can do is to repeat them as this is unforgivable,” said Ssimbwa.

“There were some lapses against Bandari but we have learned from our mistakes and can’t afford to repeat them. Kakamega Homeboyz is a strong team with experienced players like Wanga (Allan), Situma (James) and Mudavadi (Moses) who know each other quite well but I have this feeling we can beat them,” said Echesa.

The journeyman who has traversed several countries said scoring early goals will be important for Sofapaka to disorient Homeboyz.

“Scoring early goals will help us put them (Homeboyz) off-balance and then we will manage to kill off the game. But we have to remain focused to achieve that,” said Echesa.

Among the players Sofapaka are expected to lean on are new signings Ibrahim Kitawi, Stephen Waruru, Kevin Kimani  and old-timer Ezekiel Okare.

However, Sofapaka will miss the services of midfielder Mohammed Kilume who is nursing an ankle injury he sustained during the game against Bandari.