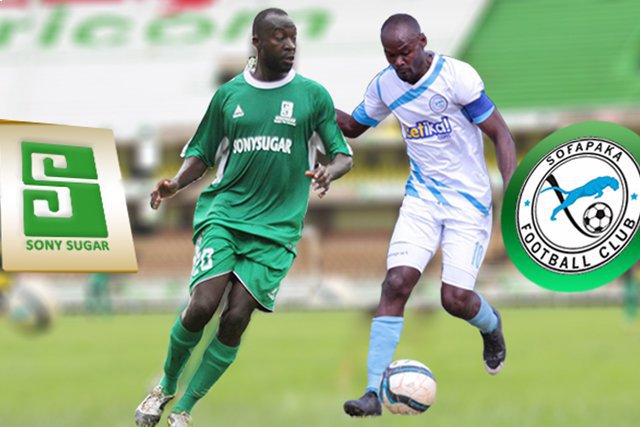 Sofapaka have declared that they will not press the panic buttons despite facing Sony Sugar in a crucial Kenyan Premier League (KPL) away match in Awendo on Sunday.

Awendo Green Stadium in Awassi is considered one of the dreariest hunting grounds in the KPL in which most clubs struggle to reap maximum points at the expense of home team Sony.

However, Sofapaka will be out to prove that this is an implausible belief that should be treated with the contempt it deserves as they plot on the downfall of Sony in their quest to wind up second in the KPL.

And confident as always, Sofapaka Head Coach Sam Ssimbwa said the team can always win anywhere and certainly doesn’t want Batoto Ba Mungu to be branded crybabies just because they will be playing in Awendo.

“We are focused and I guess we are moving in the right direction. We want to wind up the league strongly and I have instructed the players in the first eleven and even those who will be introduced in the game to give the Sony match their best shot,” said Ssimbwa.

Sofapaka may not be heading into the Awendo match with a swagger, having inexplicably settled for a barren draw with Mathare United in Narok last Wednesday, but Ssimbwa believes his team can win convincingly against the hosts to attain their ambitions.

“The resolve to produce the desired results is there and we are treating the match as a must-win as we yearn for a runner-up position. This is an opportunity to prove our doubters wrong,” quipped the tactician.

Sofapaka are placed third in the league and are a point shy of second-placed Tusker who will be at home against Thika United.

On the flip side, Sofapaka will take on Sony Sugar without diminutive striker Umaru Kasumba who hobbled off the pitch during training a week ago after sustaining an injury that has sidelined him for at least three matches.

Also ruled out of the match is youthful midfielder Mohammed Kilume who is serving suspension after picking a red card.

But the two misfortunes notwithstanding, Sofapaka have enough replacements especially in the attacking line in form of the likes of Ezekiel Okare and Feni Ali.

Evergreen Ugandan import Mathias Kigonya looks a sure bet between the posts and is expected to be shielded by Willis Ouma, Maurice Odipo and Jonathan Mugubi as match-maker Hillary Echesa leads in holding strings in midfield.