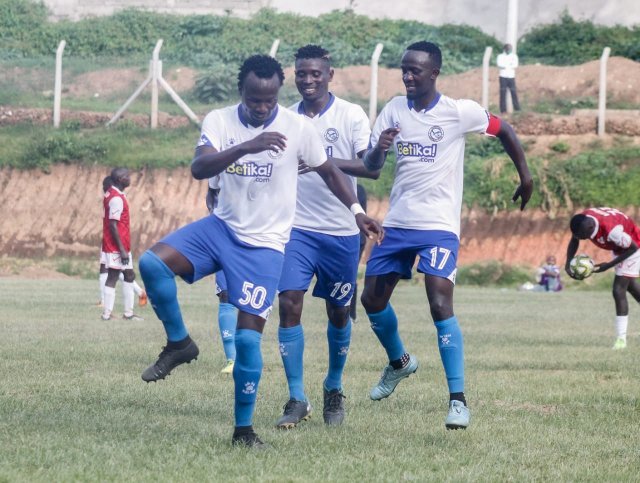 Sofapaka Football Club beat Western Stima 3:1 in a thrilling encounter at the Danson Mwanyumba Stadium,Wundanyi.
A double both halfs from club Captain Ellie Asieche and a third from second half substitute Kepha Aswani gave the club her first victory of the new FKF- Premier League season.

Speaking after the match captain Asieche lauded his teammates for the perfect and needed response against Western Stima;
” We were coming into the match after a loss whilst facing Stima who got a point in the first game,equally we were playing for the first time at home,thus pressure was on us to give a good response.”
“Am glad we as a team did play our part because a win was needed to kickstart our season. My teammates gave a good statement yesterday and we want to carry on from yesterday’s win.”

On his part head coach John Baraza praised his players for a job well done;
“Yesterday was a must win match for us we had no option but to give a response and yes we did. Am proud of the playing unit , they played to instructions,we created and utilised our chances. Work has just began and we want to get positive results moving forward.

The team will face AFC Leopards in our third league game.