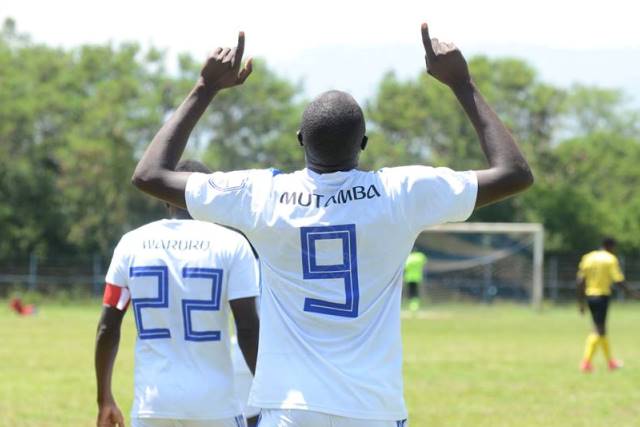 Pistone Mutamba’s two goals over Chemelil Sugar over the weekend saw the lanky striker get back to scoring form for Sofapaka, seeing him move to three goals this season. His last goal for Sofapaka was during the 3-2 win over Zoo Kericho almost two months ago.

The striker says he hopes the two against the sugar millers in Awasi will spur him to take his scoring form back on top.

“I really feel happy and relieved at the same time. It has been such a long time and getting back to scoring form is a feeling I can never trade for anything. I wanted to score at least a goal to boost my confidence and having two makes it better,” the forward noted.

He added; “It has come at such a good time especially because of where the season is at the moment. I can score a few more in the second leg because I want to bag double digits at the end of the campaign. It also comes at a time when we are heading to the Olympic qualifiers with the national team and it gives me a lot of confidence.”

Other than scoring one of the three goals in the 3-0 win, Mutamba completed his first 90 minutes of the season and he hopes he can pick up more minutes in the coming games.