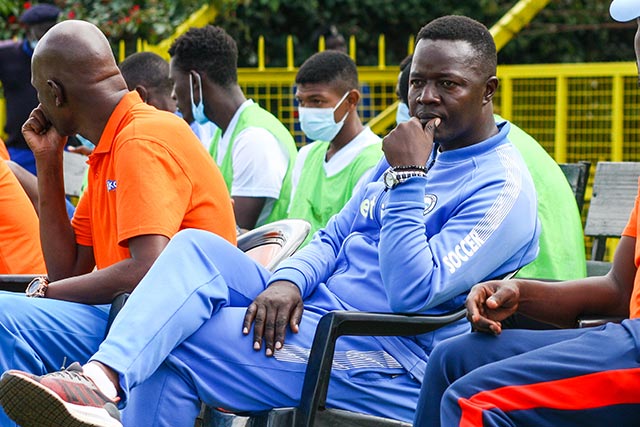 In a closely battled encounter, Tusker and Sofapaka played to a barren draw in round nine of the FKF Premier League fixture.
Addressing the media after the match, assistant coach David Ouma applauded the team for collecting a point on the road against the defending champions. Here is what the gaffer said;

On a point against Tusker
The team has been on some good run in the last four encounters, we hoped to make it four, unfortunately, we shared points today, but I am so happy with the point because we were facing a strong opponent.

On the team play
We went into the match fully aware that we were facing a strong opponent who wanted to bounce back to winning ways. They were definitely going to throw bodies upfront,but am glad we were decent in all departments. I feel we should have done better in our final third, but I am impressed by the players because they followed the instructions and were able to contain pressure.

On his thoughts on recent performance
We played today’s match barely 48 hours from our last encounter in Wundanyi, and to collect a point against the brewers, I would say the team has immensely improved. The character in the squad is commendable and it is one secret that is working for us too.’ Ouma concluded
The 2009 champions will take on Posta Rangers on Friday.