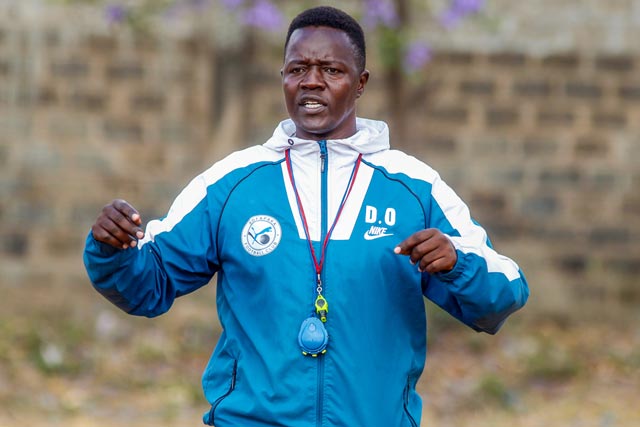 With teams having endured a three-month long preseason preparation, coach David Ouma has expressed his delight at having the league back in a fortnight.

“We have had one of the longest preseason preparations in the history of football, but I am happy that we are finally going to have the season back in a week’s time.” Ouma told the club’s website.

With league dates scheduled to kick off on October 12th, Ouma hopes the season will begin as earlier communicated.
“It has been a concern for us since we did not have clear dates,” thus tampering with proper planning. Nonetheless, it is a welcome relief for us, and I can’t wait to start the season. I hope all the relevant shareholders will do all that is necessary to have the season be by the 12th of this month, as earlier communicated. ” He added

Having had a fair season, Ouma will be hoping to take the club back to continental football.
We had a relatively fair season, but going into the new one we have clear-cut targets and we really want to work towards achieving them. Sofapaka is a continental team, and it has been a long time since we had the feel of continental football. This is my prime aim for the season as I want to take the club back to its lost glory. I have a great squad full of depth and balance, and I am optimistic that if the players stick to plan and execute all that we have been doing throughout training, then we will be able to achieve our targets for the season. I have a few injury concerns, but I am hopeful we will have everyone fit before the season kicks off. ” Concluded Ouma

Sofapaka finished sixth in the 21/22 season