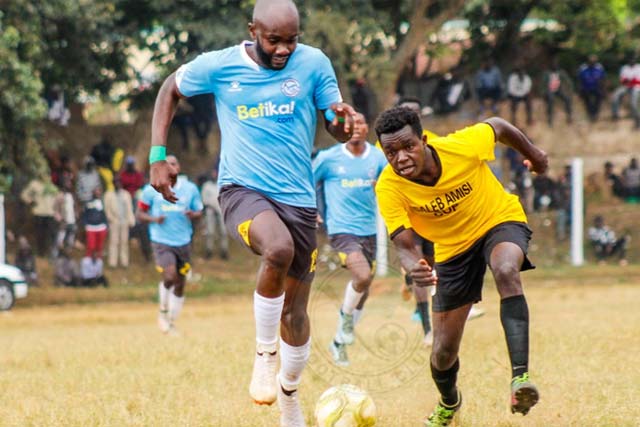 Sofapaka FC beat Kitale All Stars 1-0 in the FKF Betway Cup in Kitale to sail through to round two of the competition.
Barren half
We started on a high pressing for an early lead but the hosts rose to occasion giving a good a fight to take the game goalless at half time.
Otieno nets his first and winning goal.
New signing Timothy Otieno who was introduced in the second half in place for Kiongera scored the winning goal with just five minutes on the pitch. Otieno with hard low shot scored the lone goal of the game from a 25 yard free kick spot after Nigerian Sebastine was brought down.
Sofapaka sails through to the second round of the tournament.