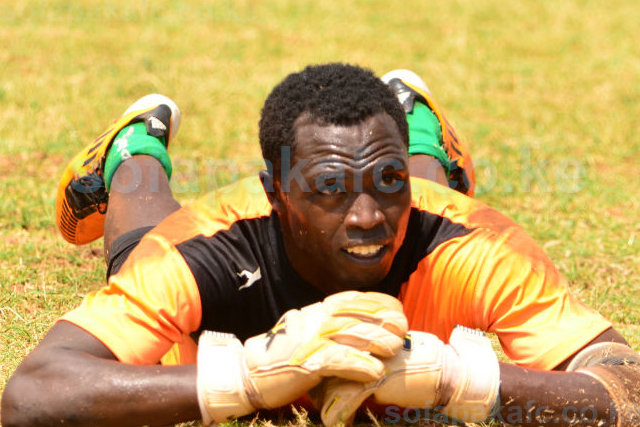 The second stint at Sofapaka will not end in the best way for goalkeeper George Opiyo, who admits they failed to hit their targets for 2017, despite posting a massive improvement from the performance in 2016.

Opiyo rejoined the team at the start of 2017, the target being to lift the side after a poor 2016 campaign that saw the 2009 Kenyan Premier League (KPL) champions escape relegation on the final day of the season.

With a massive financial injection, coming from the sponsorship pumped in by betting firm Betika, the club was expected to deliver some silverware but with two matches remaining, Sofapaka is placed fourth on the log and can only battle for second spot.

“I think as a team we have failed the president. This year the team was well organized in terms of finances and the management did all to support us. The least we should have done was to win some silverware, and that is what we promised but sadly it will not come to pass.

“For me as a player, that is a low moment,” he told Soka.

Opiyo was used mostly as cover for first choice Mathias Kigonya and in cup games. He says he has learnt a lot from the Ugandan international and believes the Ugandan has also taken lessons from him and the youthful Rueben Juma.

“Kigonya is a top keeper and to have someone like him as a team mate is the best thing. I have learnt a lot from him and I am a better keeper because of the competition I get from him. Both Juma and I have been pushing hard and challenging him for the position so you see that makes us better and keeps him on his feet as well.

“Every one of us has gained, and from a sportsman’s perspective, I can say it has all been great,” he added.

Sofapaka was eliminated from the GOtv Shield in the third round by finalists Kariobangi Sharks, and heading to the final two matches of the season, the team has managed 49 points, a massive 21 below league winners Gor Mahia.