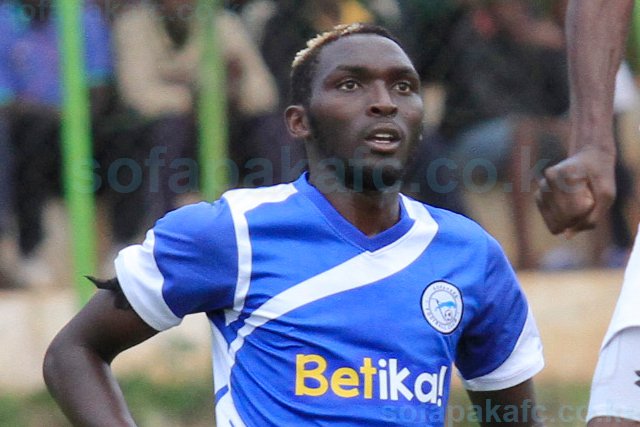 As such, the throw-in is one of the most fundamental skills in soccer. Add to this the fact that many players ignore the development of throw-in skills, and you’ve got a recipe for disaster.

Well, Sofapaka’s defence stalwart Wesley Onguso has picked a cue from Motego and Ocholla and is currently the talk in the ongoing CECAFA Senior Challenge in matters ball throw-ins.

So incisive is Onguso in the throw-ins that his attempts almost resulted into Harambee Stars scoring twice against the Mediterranean Knights of Libya and once against Zanzibar’s Heroes.

During Stars’ match against Knights which ended in barren draw, one of Onguso’s throw-ins was almost converted by George “Blackberry” Odhiambo who was lurking in the opponents’ 18-yard box.

Although Onguso is not gifted with a huge frame like Motego or Ocholla, the manner in which he is executing throw-ins at the opponents goalmouth in the Cecafa Championships has left no doubt that he is skilled in this art.

During Harambee Stars match against Zanzibar at Kenyatta Stadium which ended in a barren draw, a Tanzanian fan was heard remarking how Onguso has exceptional skills in throw-ins.

Loosely translated the statement meant:” This guy (Onguso) is not a joke. His throw-ins are like kicks and if Zanzibar are not careful they will soak in a bagful of goals,” said the overly observant fan.