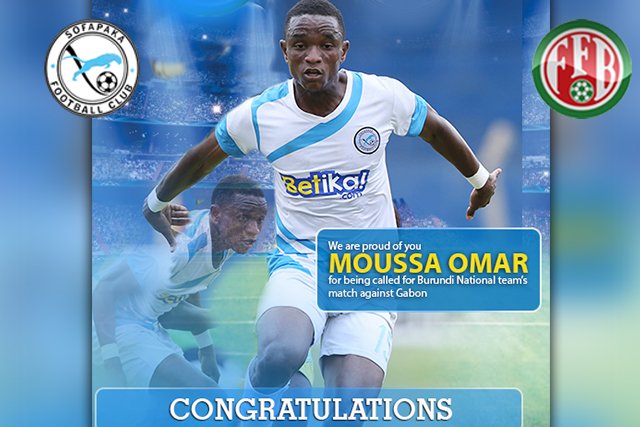 Sofapaka defender Mousa Omar has been called up to the Burundi national team for a crucial Africa Cup of Nations qualifier against Gabon in Conakry on September 7. The call-up comes in back drop of a spate of brilliant performance for the club after Omar managed to become a regular in the Sofapaka side that is currently fourth on the Kenyan Premier League table.
Omar who has made 20 appearances for Sofapaka since joining the 2009 champions in January can also play as a defensive midfielder.
Burundi has been boosted by the availability of star striker Saido Berahino who represented the England under 21 national team at one time.
Fifa granted the Stoke City striker permission to switch allegiances from England to Burundi early this month. The striker fled his war-ravaged country aged 10 to seek asylum in the UK, joining his mother and siblings in Birmingham.
And he has appeared for six different youth levels for England, starting from the U16s to the U21s between 2009 and 2015