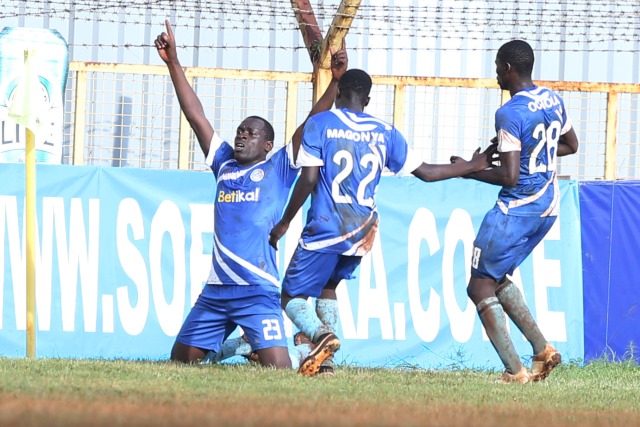 Humphrey Okoti was the man of the game today after giving the Batoto Ba Mungu the much needed boost taking his team to position two in the league standing.

Kasumba created the first goal by beating Tusker’s defense Eugene and hooking the ball into the box. It met Okoti whose first time strike was warded back into play by keeper David Okello and the defender made no mistake from the rebound, burying it in for the opener.

Sofapaka needs to win the next and the last game of the season to be the runner’s up, with Gor Mahia already taking the top spot with a twenty one point difference between them.

With the game loss,Tusker has sunked one position into position three in the current league standings condemned Tusker to their second consecutive home defeat.

At the start of the match, Tusker had a clear advantage over Sofapaka boys thanks to the tireless Boniface Muchiri whose runs down the left flank tormented the visitors early on.

But with Sofapaka welcoming back their lethal striker Umaru Kasumba following an injury lay-off, it proved that wasn’t a walk in the park for Coach Francis boys.

Sofapaka’s counterpart and namesake refused to be carried away by the result that saw his men break the three-match winless streak, shifting attention to their next round fixture.

Kasumba almost found the second after the restart but his flicked header narrowly missed the target.