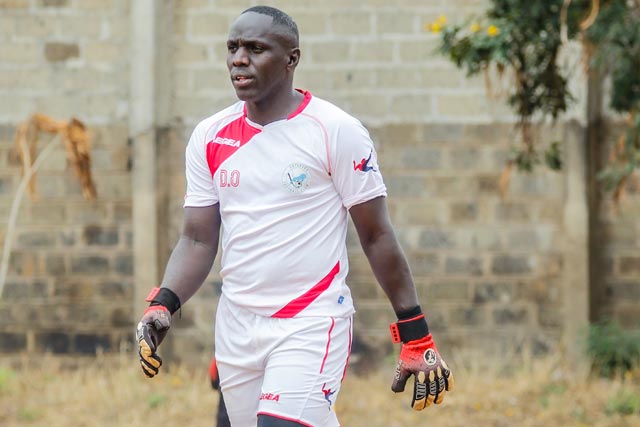 Appointed a fortnight ago to take over from Sunil Shah,former Harambee Stars custodian David Okello is ecstatic about his new responsibility at Batoto Ba Mungu and looks forward to a successful stint

The former Kenyan international, who has rejoined Sofapaka in a new capacity, is optimistic about success in his new role.

” It is a huge honor to be back at the club in a new role as the goalkeepers’ trainer. I was never expecting to begin my coaching career at the club, but when the management contacted me, I didn’t have any hesitation because the club feels like home and is definitely going to give me the perfect start to my coaching career. “

Okello, who has had a fulfilling career between the sticks, has termed his move as giving a chance to the upcoming generation.

I have had an exemplary 18-year career, and I felt it was time to hang my gloves and focus on a new adventure. I have been seeing lots of young players coming up and it was time to give the young bloods a chance to showcase their talents. “

The former Kenyan international feels the team is well composed and up to task ahead of the new season. Since coming back, I have been evaluating the squad and I can confidently say the team is well blended to compete. There are a number of experienced and young, exciting talents, and their chemistry is gradually taking shape. I believe, with a few weeks left and with more group training and build-up matches, the squad will be all but set for the season.

Okello concludes that he has his work cut out in the goalkeeping department.

Goalkeeping plays a massive role in the teams’ overall performance. Since rejoining the team, I have noticed areas of concern, and I already have my work cut out to address those areas. I have a good set of goalies who are equally experienced. I hope, with increased competition, the lads will definitely