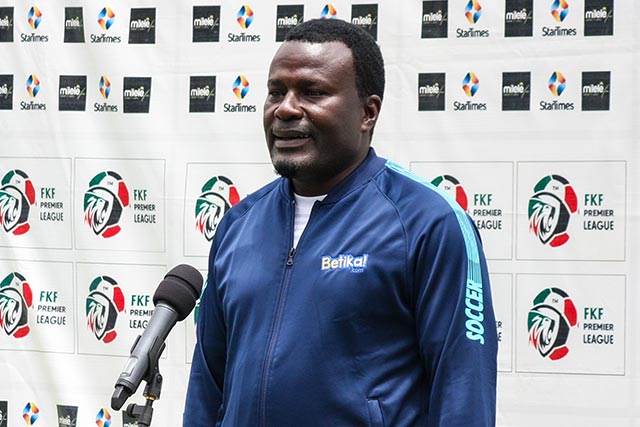 Gor Mahia beat Sofapaka 1-0 in an early Kick-off match at the Kasarani Stadium.

In an closely contested game, the host largely took control of the first half that earned them the all important goal while Sofapaka had a better second half in search for an equalizer that they narrowly missed out on. Addressing the press after the match, head coach Kennedy Odhiambo lamented on a poor first half as the difference on Saturday, this what the manager had to say;

On dropping points Gor Mahia
It feels sad we lost to Gor Mahia in a match we should have earned least a point from. It was a close encounter with numerous chances on our end unfortunately we were not clinical on our final third.

On went wrong against K’ogalo
Despite the result yesterday, we largely had a decent game. I feel we gave our opponents too much respect, space and time in the first half and this is what worked against us. We dominated the better part of the game more so in the second half but we were just unlucky not get a point out of the encounter.

On pressure on losing third match in a row.
Though early to call but definitely yes we feel some pressure because we had not anticipated for such results. We have dropped points in fixtures we should have collected but then we have room to correct and get results in our forthcoming matches, the boss concluded.