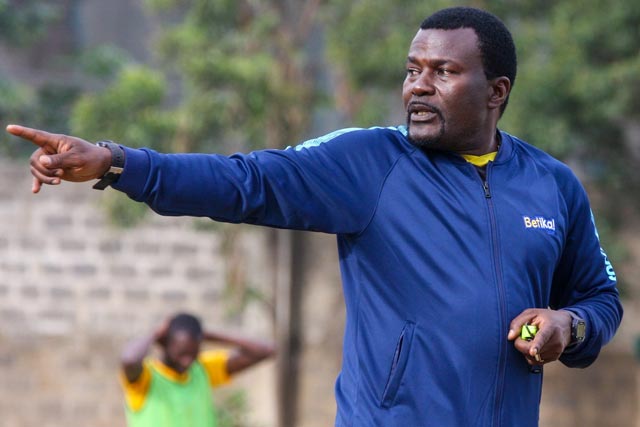 Coach Ken Odhiambo faced the club’s media for a team briefing ahead of Friday’s encounter.

Read on to get all the details from the presser:

We had about two weeks of rest and we really utilized the fourteen-day break to strengthen our midfield supply and final third. We have progressed well and I believe we are in good shape for Friday.

On the Tusker duel..

Friday’s encounter will be a massive one for us because we look on building on a Wazito win. The Brewers are on some good run in the last four league encounters and this only means we will have to step up more to get the full points.

We have two fresh injury concerns ahead of Friday. We lost Brandon Obiero who suffered a calf injury on Saturday while taking on Kariobangi Sharks in a build-up match and definitely will miss the fixture. Geoffrey Ojunga is another concern, having suffered a sprain on his right ankle in one of our training sessions. He is a doubt for Friday’s duel though he will be subject to, a late fitness test. However, we are glad to have Sammy Kiplangat and Wilberforce Lugogo back in the squad.

Top five chances is a huge possibility for us, we are six points off it and 13 off the top spot. I believe once we get the rhythm we will be able to close in and challenge for the title, because it is not a done affair yet.

The two-week league breaks were initially meant for the cup games, but since that is not taking place, the breaks should be stopped. It is not healthy for us and I trust so too, for most teams. It slows down the momentum of the league.