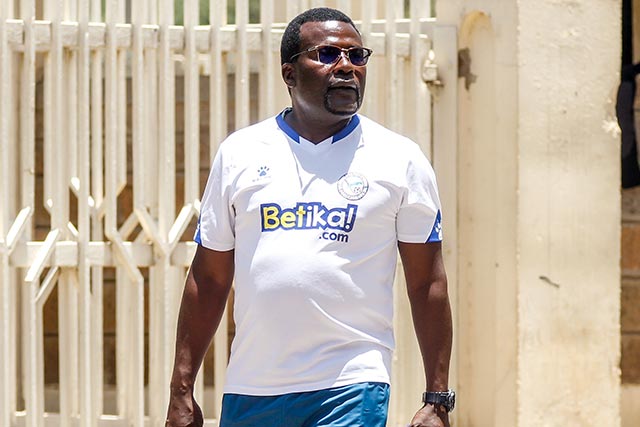 The boss discussed the Talanta match, the draw against Leopards and the latest team news.

On a point against the Leopards.
We had a good game against Ingwe. The boys gave their best and did all they could to win the tie. Unfortunately, we settled for a point. We wanted maximum points, but we welcome the one point, which we hope to build on come Wednesday.

On Talanta:
They are a bogey side and have a squad full of experienced players. It is going to be a physical match, but we are well braced for the tie.

On fixture congestion:
It’s been a rough two weeks, with games against Tusker, KCB, Gor Mahia, AFC Leopards, and now Talanta all in that short period of time. It definitely takes a toll on the players, but I am glad the players have shown resilience despite the congestion.

On the key aspect of winning the tie:My
players have been compact and played to instructions. We have been able to score goals but concede some as well, which is not a plus. We only need to be more ruthless upfront by utilizing all the chances that come our way. I believe if we can get to be more clinical in the final third, then we will carry the day.

Team news:
There are no fresh injury concerns except for a few knocks, which should be okay by Wednesday. Sébastien Sunday and Brandon Obiero have resumed group training and we hope to have them fully back after the international break.