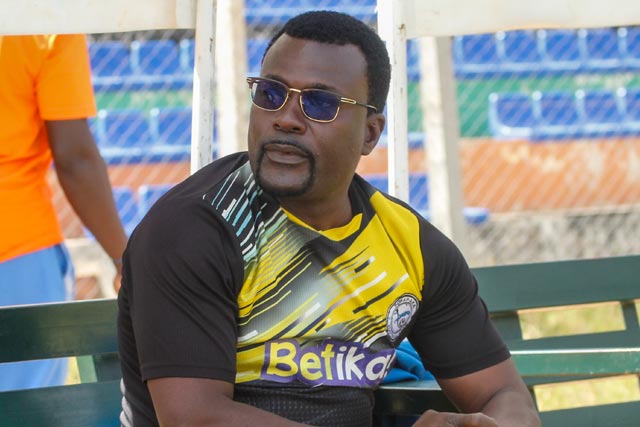 Head coach Ken Odhiambo was back in front of the club’s media to preview Leopards calsh on Sunday.

Read on more for full transcript.

On Leopards fixture..
Sunday’s encounter against AFC Leopards will be a tough match but we are ready to battle them out. They have been on a good run and most definitely they will want to continue with the run however we won’t be push overs because every fixture is important to us.

On Stephen Okola..
The young lad has been so instrumental at the back and the team in general. Under his partnership with David Nshimirimana we have conceded few goals as compared to last season. He has really matured and it is such a pity that the groin injury sustained during Gor Mahia clash will have him sidelined for Sunday’s duel but we hope to have him on Wednesday against Talanta.

On top five chance.
Top five chance is still realistic because we are seven points off the target. We have thirteen matches to go and each match counts for us in our quest to finish among the best five when the season finally culminates.

On latest on team news..
Nixon Omondi and Wilberforce Lugogo are fully fit and available for selection however Sébastien Sunday and Brandon Obiero are still out as they continue with rehabilitation.