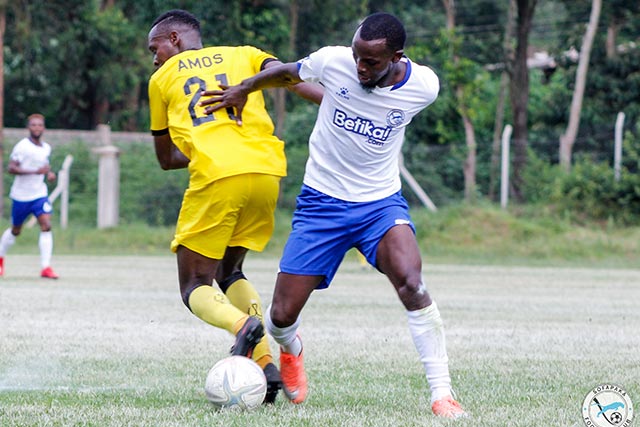 Sofapaka beat Wazito 2-1 in a mid-week fixture to make it two wins in a row for the first time in a long while.

Speaking to the club’s media after the win, Ochieng expressed delight on opening his goal-scoring account for the club. Here is what Ochieng said;

On scoring the winning goal
It is definitely a good feeling for me because the goal earned the team the maximum points. Importantly I am happy because it has been a while being on the score sheet.

On the match
It was a tough game especially facing a strong opponent in Wazito. They gave us a good encounter, nevertheless am glad we had a strong mentality. We had set a target and it was important for us to win today.

The forward says win over Wazito is a confidence booster

We did not have the best start but since our game against Leopards, we have been able to win our matches. Wednesday’s victory has increased our confidence levels and I believe it is the start of many more to come.

Winning entails every little detail and for us i believe it has been the team cohesion. We have been patient in and it is finally paying off for us. If we continue with the same spirit then we shall have a successful season.