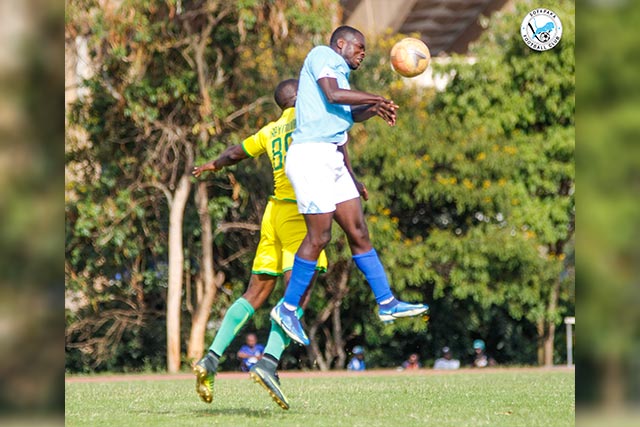 Nshirimimana is optimistic about a positive finish.

David Nshimirimana has expressed confidence in ending the season in a respectable position.

The defender talked about the Kakamega Homeboyz draw, Sunday’s fixture, and the team’s position.

Read on for the full transcript:

On Homeboyz’s draw in the last meeting;

We really prepared for a win last Sunday. From our play and efforts, we gave our best, especially in the second half. We went down in the opening 15 minutes, but we kept believing that we had a chance to turn around the first half set back, which we perfectly did. Unfortunately, we were so unlucky, more so in the dying minutes of the clash. Despite the draw, we welcome the point because we faced a strong opponent who is having a good season.

In the return leg fixture on Sunday;
It will be a tough match because both teams have realized their weak areas and will come up with a different approach. Secondly, both sides have different kinds of pressure to work on. We all need the three points as we aim to move up the log and the Homeboyz want to maintain their position at the top of the table.

In terms of the team position on the log;
Sofapaka is a big club and the current position we are in is not welcoming. It is a huge concern for us, the players, and everyone associated with the team. Irrespective of the current situation, I understand it won’t be easy, but we will fight to the end because in football, everything is possible.