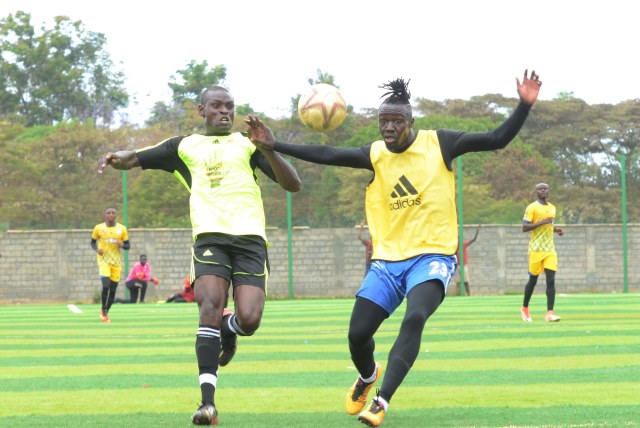 New boys John Avire, Ibrahim Kajjuba and Titus Achesa were on the mark as Sofapaka FC beat Division Two side Ruiru Hotstars in a training match at the Ruiru Stadium on Wednesday morning.

Sofapaka led 3-0 at half time in a match that head coach Melis Medo handed playing time to all but three of his players as he tested different playing systems as well as building the team’s cohesion with the new players.

Ugandan import Umaru Kasumba struck a brace in between Piston Mutamba’s finish to give the side a 3-0 cushion at the end of the first 45.

In the second half, Cliff Kasuti provided a cross that Avire calmly finished before Kajjuba slotted home the fifth after Avire’s shot inside the box was blocked. Achesa then rounded up the win with a low finish from inside the box picking up Avire’s cross from the right.

Head coach Medo said he was pleased with the performance, but admitted there’s a lot to do.

“It was good to see the different players playing in different systems. We are still building up the team and the cohesion with the new players and everything is coming out okay. However, we have a lot to do and work on before the season starts,” Medo said after the friendly.

All new signings played in the match with Burundian keeper Justine Ndikumana playing a huge role in his second session with the team. Rwandese centre back Soter Kayumba also started at centre back.